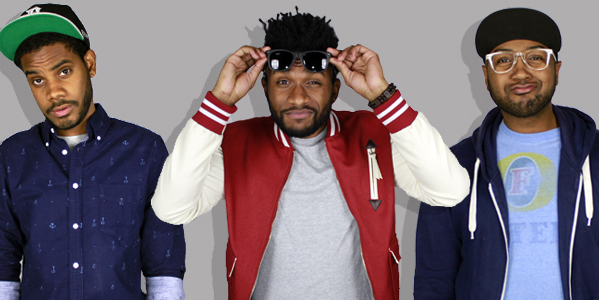 Language is one of the clearest indicators of differences in culture between people. Not only are we often using different accents, but could be using different words all together. The reality of these differences can shock people, or cause them to say things that they don’t necessarily mean to be offensive but can certainly be off putting. Gavin Yates knows this reality first hand. He’s spent time working with, and around different cultures in the corporate environment, and from time to time he remembers a somewhat underhanded compliment coming up in conversation. On occasion he is referred to as  “well spoken…”, and the ellipses in the quote is left there intentionally. It is as if the sentence is left sustained by the inference of a thought not completely shared. Gavin coaxes “Do you mean well spoken, for a black guy?”

It’s exactly that coaxing that will define the Wellspoken Comedy Tour. Along with Myke Wright, and Mateen Stewart, Yates will tour 9 cities over 26 days in the month of  June. Each of them share the common thread of higher education, and a relatively middle class upbringing they will embark on a comedic crusade to rebrand blackness. Being well read, or well spoken is isn’t  uncommon at all for people of color, but for some reason it is not a widely portrayed view of Black Americans. This imbalance is one reason for the tour, but also one of the core reasons Gavin uses his knowledge of language in the performance of comedy. “When you are at work [in the corporate environment] its almost like there is a part of your personality that is partitioned to be seen as professional.” says Yates. So he left his corporate job to hit the road.

He brings up a good point. What is seen as “professional” demeanor is a disposition and culture, that has been overwhelmingly set by white men in America. So to express elements of your culture in the work place, such as hair styles, or manners of speech that oppose this view of professionalism can bring unwanted attention. The differences in language plainly show the differences in culture. Yates highlights and plays on those differences in his comedy set. He’s not trying to cause controversy, but educate and inspire dialogue. There is nothing to be gained from avoiding matters of ethnic and cultural differences in our daily lives. Just as it does not serve us to avoid showing our true selves in the interest of being “professional”.

No matter if you are Ken Jeong, Aziz Ansari, or George Lopez, there is a spectrum of how influential your cultural heritage will be on your  comedic material, and who you are as a person. Gavin explains, “Whether you are an entertainer or not, each of us decides how much of our ethnicity will be a part of our identity. Myself, and the others on my tour have decided that our race is a significant part of our identity but is not the defining factor.”  When you grow up in a diverse environment you have an opportunity to reflect on who you are outside of a homogenous cultural context and the earlier you are exposed to a variety of cultures, the better you will be at navigating cultural diversity later in life.

The Wellspoken Tour is bringing these ideas to the forefront of their content. “I may make a series of silly jokes, but eventually I am going to make a point. It’s social commentary on how you can improve your relationship with your girl friend, or race relations, but I want to you to leave changed a little. All three of us on the tour have that goal, if we weren’t trying to make some slight changes then we probably wouldn’t be doing our job as entertainers.”

It is a finite balance to deliver a message that is well received as funny but also has social change underpinnings. This is where Yates takes full advantage of the nuances of language. Some may remember George Carlin, who would, at times go into full on rants about his social perspectives he has a passionate core audience but his abrasiveness was cause for alot of criticism. Gavin Yates does not want to preach to the choir, he wants to be the guy passing out brochures that are presented in a way that you’ll want to take a hard look at them later.

Gavin’s inspirations include Chris Rock, and the late Patrice O’Neil, “If I could do what Patrice did in his special ‘The Elephant in the Room’ then I feel like I would be fulfilling my purpose in comedy.

To fund the Wellspoken Comedy Tour Gavin, Marteen, and Myke are running a Kickstarter campaign that recently launched and will run for 30 days. Hopefully as Gavin completes the tour and continues in his comedy career the idea that someone could be , “Well spoken, for a black guy.” will dissipate. Keep that in mind as you watch the video below,Gavin Yates is indeed well spoken but also, quite funny, and purposeful.

Ask yourself what you know, then ask yourself how you know it.  When you look up above your while standing outdoors, how do you…