Papillion Art is an exciting contemporary art gallery in the Leimert Park are of Los Angeles. Their focus is on emerging artists and have recently opened an exhibition with Samuel Levi Jones displaying his  BLACK WHITE THREAD body of work.

November 8th marked the opening of the exhibit. This emerging abstract conceptual artist whose work often utilizes found objects, fits within a rich tradition of West Coast Conceptual art and assemblage, while also embracing abstraction was recently awarded the Wein Artist Prize. Jones was born and raised in Marion, Indiana, and currently works and resides in the San Francisco Bay area. 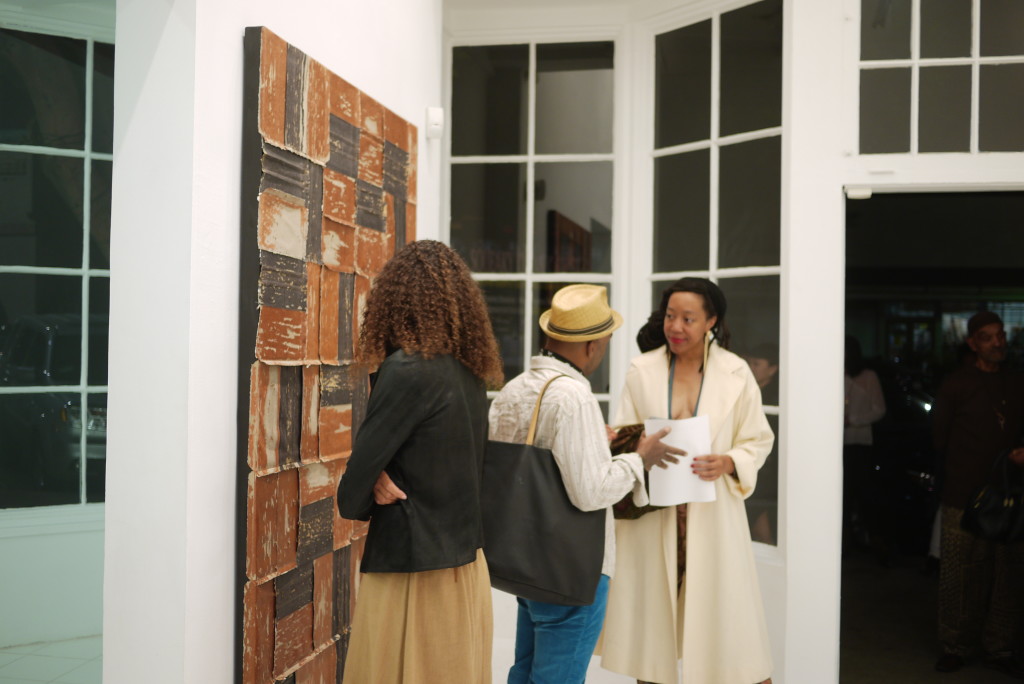 Gallery owner, Michelle Papillion first came upon his work at a group show in Santa Monica, California. She later met him in New York and they were able to become acquainted. “It is not just that he has incredible art but Sam is truly a joy to work with as well.” says, Papillion who likes to focus on talented emerging artists who have character as well.

The Papillion Art gallery opened in its new location earlier this year and has held exhibitions from other emerging artists like Noah Davis,  Kenturah Davis, and group exhibitions to include a video art residency this past summer. 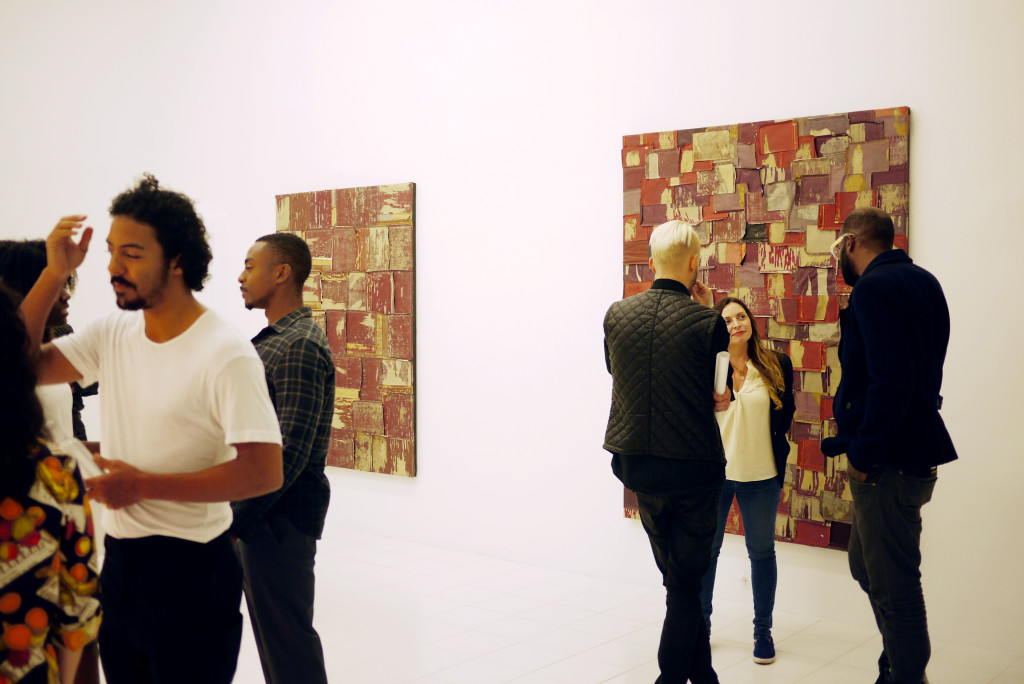 Jones’s work is informed by historical source material and early modes of representation in documentary practice. He explores the framing of power by disassembling objects to metaphorically deconstruct the accepted beliefs connected with them. Reassembling these materials into works of art, Jones investigates issues of manipulation and the rejection of control in the broad sense. In recent work, Jones has collected encyclopedias and medical reference books, removing their covers and reassembling the skin-like material into formal grids. Literally tearing apart these books—widely published arbiters of authenticity—and reconstructing them into abstract two-dimensional works for the wall is, as Jones writes, “a means of creating a medium that communicates this feeling of being on the outside, as well as providing a possible resolution to the search for a place of inclusion and identity as an outsider.”

Samuel Levi Jones: BLACK WHITE THREAD will be on exhibition until January 4, 2015 and the gallery is Wednesday – Sunday 12-6pm. 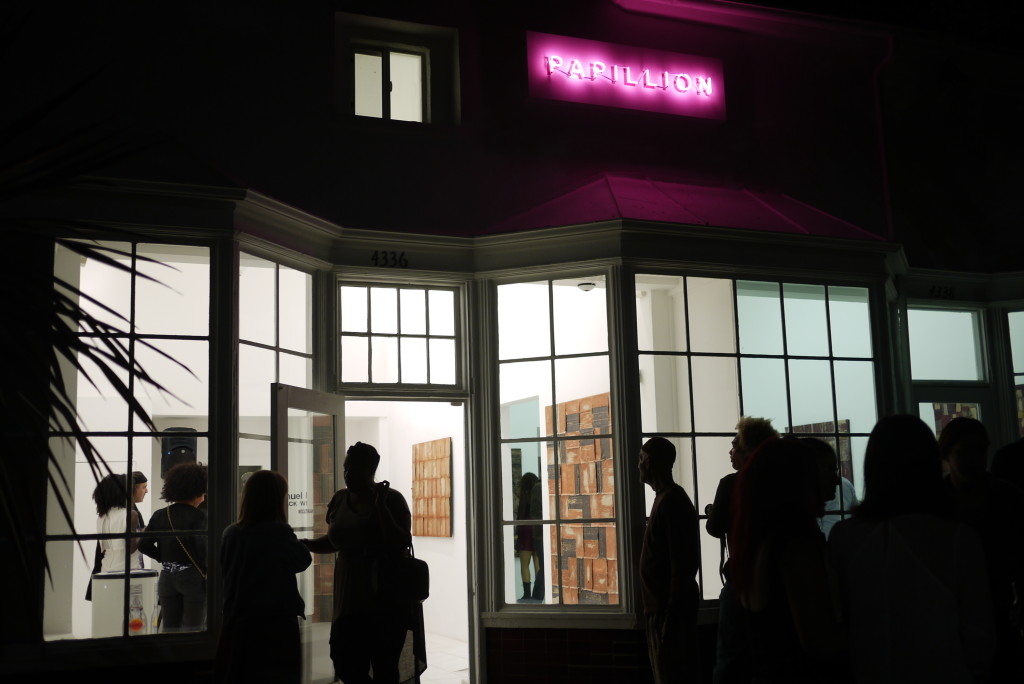