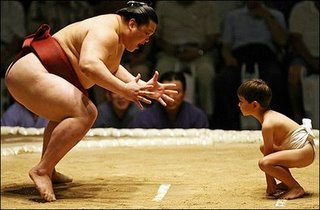 Choosing your battles, is smart. Basic war tactics state to only pick the ones you can win. There are many that subscribe to the credo “He who fights and runs away, may live to fight another day.”, it speaks to the idea of choosing your battles and accepting momentary defeat. But this idiom does not account for what might be at stake. For as much as there is to be said for choosing your battles, sometimes they choose you.

In many ways this could be viewed as strategy employed by those with less brute power in the fight. Knowing full well they could never win a fight head on, they resort to subversive tactics of momentary with drawl and surprise attacks. The question is, what is the moral implication of this style and how much do you really give up by “playing the game” in life, and in politics, versus facing your fate or opponent head on even if you know you will loose. We have a special place in our hearts for those that “Go Down Swingin’.”

The argument could be made that it is only honorable to stand against your opponent and match your strength against theirs. Even the weaker in a fight has advantages that can be employed. A famous example is David and Goliath. As told, David was set to battle the Giant goliath who was much bigger and stronger and carried a shield and spear. David was a meager young man with a sling and pebbles. This paints David as a heroically courageous fighter, and in many ways he is. But he is also cunning and nimble which, is arguable as valuable in a fight as strength and size, depending on how used.

Had David, instead of meeting Goliath for the battle, crept into his sleeping quarters the night before and killed him in the night we would hold his legacy high. It was only because David took the opportunity presented before him and found a more novel solution that allowed him to face him squarely but with a keen strategy. It is the fact that David, used his wit, and his available resources to win the fight that makes him a hero.

On the other side of the argument though, we have the legendary Spartans. Another famous example, but these men lost their fight. Beaten by the mighty army Persian army their story is told and retold in a positive light over 1,000 years later. What makes these men heroic is that they knew their fate was sealed and yet they rode in to battle prepared to make the ultimate sacrifice.

Looking to more modern times, the American perspective seems to lean towards the latter, “Go Down Swingin” ideology as more respectable. At least in some regard, we view the hit and run tactics of many of the Arab militias as cowardly and dishonorable. We challenge our boys to stand up for themselves and “fight like a man” emphasizing that the honorable thing to do is face your opponent.

But is this subversive style of fighting dishonorable or innovative? If the rules for war and competition are set by the people in power then wouldn’t they always value the head on approach because it is one that favors them? All to often the direct approach is the one that leads to certain doom so those weaker foes, like David find new ways of fighting that shift the power to a more balanced encounter.

Or is it that we herald David as courageous because he found used his unique faculty in a head on bout matching his strengths against those of Goliath?  Foes of the American institution surely fight in an innovative way, but never accept defeat because they are constantly changing forms and fighting styles. They constantly evade defeat using sophisticated attacks to various targets that are, while clever, are at times also cruel and unusual.

Perhaps there is no answer as to whether one should choose their battles or never run from a fight. What hangs in the balance is whether or not the fight is fair, and furthermore what is determined to be a fair fight and by whom.

Amy Famous is one DJ to bet on, she manages to stay active in the scene but above all the drama. She not only…