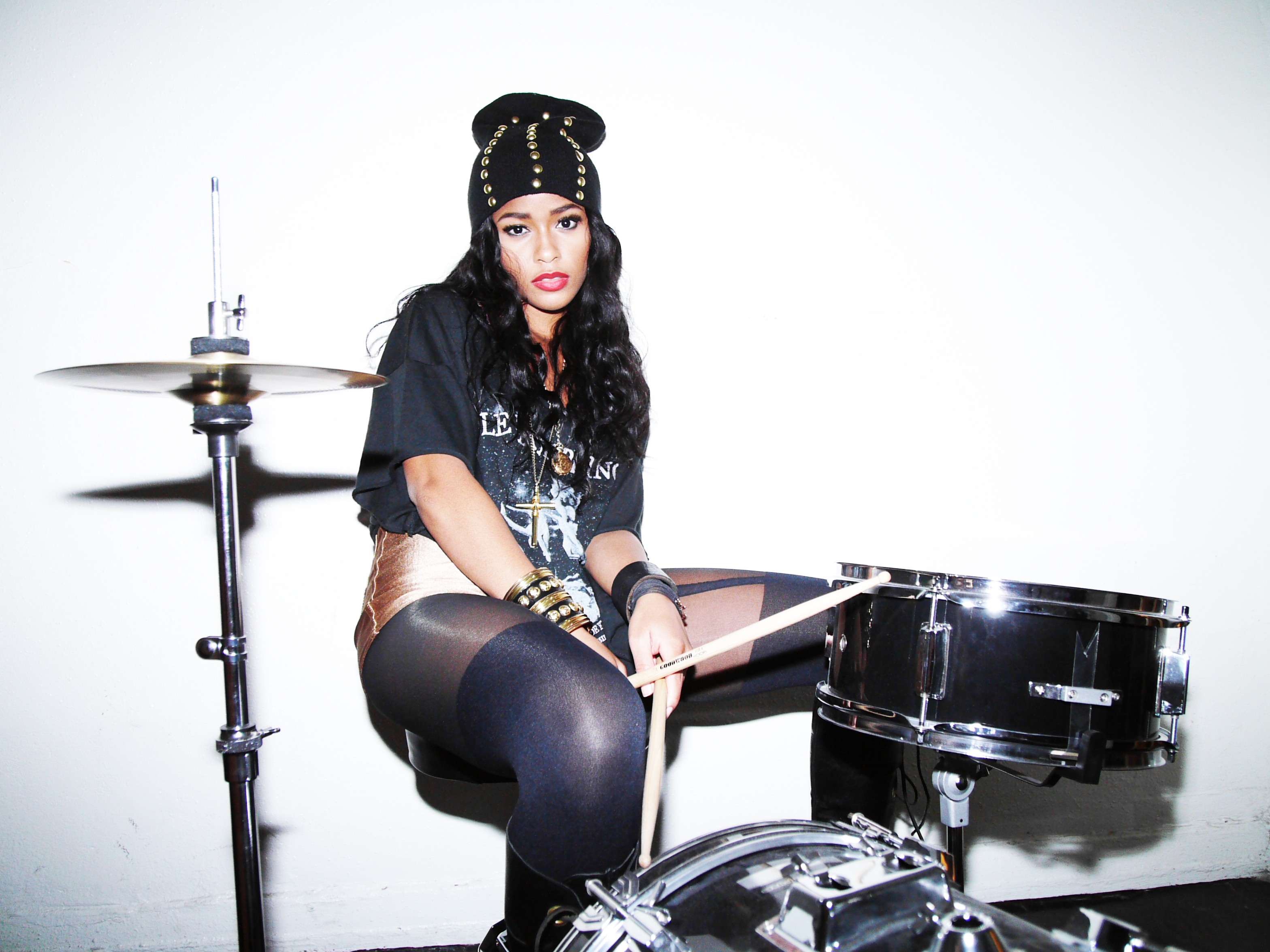 Somewhere in the last 15 or twenty years, it became cool to abandon your favorite artist once they became everyone else’s favorite artist. As if, our ego’s wouldn’t let us enjoy popular tastes. Of course because we are so cultured and elite that by the time it goes big we had  already evolved to the next thing. I find in Simone Battle that antithesis to this idea. You might have seen her on last year’s season of X-Factor, putting herself on that stage offered up to be judged on more than her talent by the public scrutiny. I thought she would be a great person to chat with about the validity of pop music specifically because she is not only embracing pop culture but securing a place in it.

A young girl who sites influences like Josephine Baker and Jimi Hendrix might not readily be associated with Pop music, but their music was very popular. I don’t think there are many what would argue that Jimi made bad music but if  Mr. Hendrix were playing on todays Top 40 radio stations would we embrace him or claim he was too mainstream?  Would we cast of Mrs. Baker as “manufactured” ? Simone says we take our selves to seriously, ” When I am in a bad mood I want to write songs that make me feel good, not wallow in my [bad] feelings.”  She enjoys music as conduit for expression and connection with people, understanding that the more people that hear her music, the more people she can connect with.

She’s been acting since 15 so she knows how to dance and work a crowd but there is more to it for her than that. ” I like to dance and perform, but I am a songwriter”, she explains. “I learned guitar because I wanted to be more than a girl who can sing and dance. I used to just want to be on stage, not it’s more about being creative”. To hear Simone speak she doesn’t sound like a teeny bopper that is looking to be led to stardom by some executive, but instead, a young woman that takes an active role in the product she is going to purvey.

Simone, has depth but she is not without a fun side. Her latest single “He Likes Boys” is an interesting take on unrequited love, based on actual experience. The title is exactly what the song is about. “It’s happened to me before. I thought about ‘Clueless’ where she likes the guy but he’s gay. In L.A. its a question you have to ask yourself but we ended up being great friends.” One of the guys in the video is who the song is about, one of the other gents is a friend she met while competing on X-Factor.

She’s hesitant to speak about the X-Factor experience but speaks positively about the show and the judges. Simone received mixed reviews from the public on the show in spite of displaying her vocal prowess time and again. “It was a great opportunity but some times characters shown on [reality] T.V. aren’t exactly who people are. The character I was portrayed as, I was judged on. People that know me know what is real.”

Simone has that side of her like most performers, the diva, that she taps into when on stage.  She is a sweet girl, but has a little spice too. “When I am on stage I am 70% sexy and  30% sweet, of stage I am about the opposite.”Outside of “He Likes Boys” she has done a sweet/sexy  version of “Santa Baby” where she strums the guitar and croons over a jazz backing.

What we stand to learn from Simone is that what you like is your prerogative and there is nothing gained or lost from Mozart or Madonna if that is what inspires you. Fortunately she is steering her ship and not getting swept away. ” I want people to know I am not fabricated. I was not picked off the street and made into a star.” The authenticity in music can sound like whatever the artist wants and Simone Battle is determined to remain true to that. Ironic that she might find pressure to be less pop influenced. Talent comes in many forms, but it is the fuel that makes the whole entertainment engine run, and without it, we’d never have the Jimi Hendrix or the Josephine Bakers.

Thank you Simone for communicating your message, in the hopes of connecting with others. That is the truest calling of any artist. Keep on speaking in your own voice and feeding the culture.

It was bound to happen. Technology and design have been disrupting almost every facet of our world over the past two decades. Apple did it…