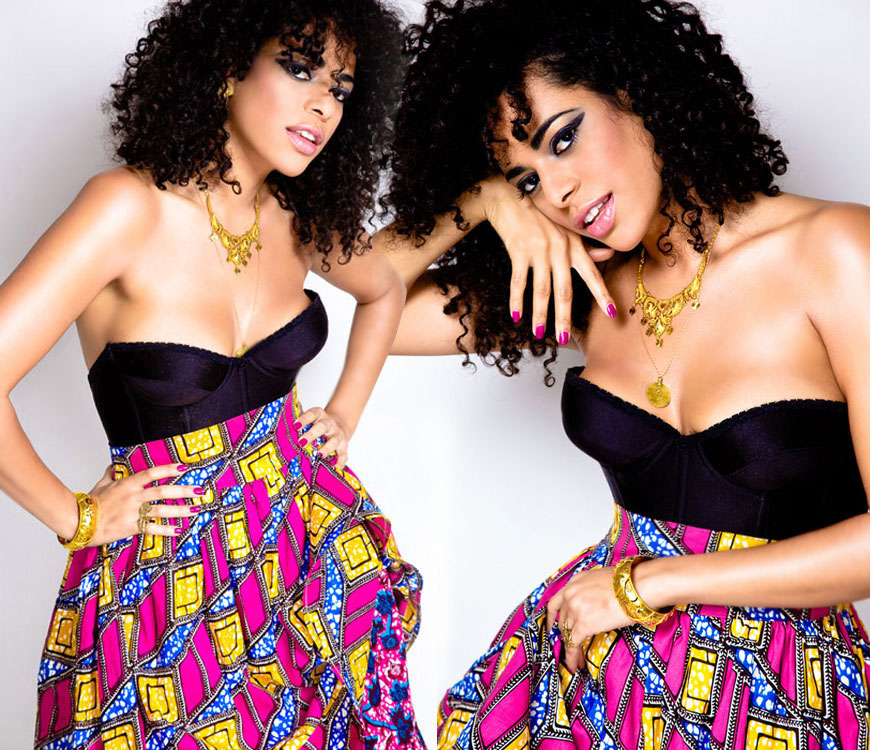 Any compilation of Djs would be incomplete without Rashida Robinson. Not only is she beautiful and talented, but she a true creative and style icon. This world is full of a defeated artists that have given up on their passion because it has turned to a chore .DJ Rashida is riding the middle lane and maintaining a balance between passion and profession that not only feeds her soul but keeps her lights on as well.

Under dim light and tucked into a little table at Bar Marmont in West Hollywood, the first thing I notice are her eyes. They are not wondering nor busy, but warm and connected. It feels less like an interview and more like catching up with an old friend.

On the heels of her birthday she is preparing to head off to New York, where she has celebrated for the last few years it seems the perfect time to travel down memory lane.

Rashida  is an LA native, half African American and Mexican but fell into the drum and bass scene in Atlanta while going to school.

“Being a DJ wasn’t the plan. I was in a fine art program. I wanted to be a gallery artist and do shows and exhibitions.”

Life has its way of turning the tables for people and it seems Rashida has a way of turning the tables right back. Practicing DJ sets with no audience over a decade ago created the foundation for the exclusive parties she is booked for today but it wasn’t necessarily overnight. “I was a bedroom DJ for 3 years before I did shows. I remember contributing for Frank 151 back when it was just a “zine” and they made me DJ their events.”

Working in a record store kept her sharp and around more experienced DJs,there she collected records to develop her sound and honed her mixing skills. It is interesting to be reminded that before Serato DJing was a almost entirely done on vinyl records. This meant that songs in a DJs catalog were often relatively limted in supply or part of a short run and only one, or few DJs may have a particular record.In those days DJs were defined in many ways by their collection. Now it is a little different, so I asked with the change in accessibility of music are not all DJs created equal? Rashida reveals, ” Some DJ’s only play top 40 and others are sort of playlist DJs, I think even with music being more available the difference is in how the DJ mixes the song, and what they choose to play.”

Being a DJ doesn’t come with musical eclecticism but Rashida is definitely a discerning curator. There are obvious differences between playing a corporate event, DJing for Prince , and a comfortable set in her home town. “I used to be more of a purist in that I would want to play what I really love but I had to embrace playing more top 40 as I developed DJing into a career. Sometimes people aren’t there to be educated, sometimes they are just there to have fun. It is interesting when a DJ can still do their own thing with top 40 or mix in something that they like.”

The idea of playing music that you don’t necessarily love could be touchy for a disc jockey, but playing what other people like is what pays the bills. So you have to wonder where to draw the line. When she play’s a corporate party or a more mainstream gig does it make her feel part of ‘the machine’? ” I think like an artist, so I surround myself with people that want to take care of the business part. It is doing some of the more mainstream stuff that allows me to do the passion projects that don’t necessarily pay as much, there are somethings that I have done for free just because I love it.”

The journey from practicing alone to performing infront of thousands of people is not a short one but it seems that when Rashida Robinson decided she was going to become  DJ Rashida it immediately became true. It has something to do with the conviction of just saying “This is what I’m going to do.” As she continues to turn the tables on the world, the party does not stop and nor will Rashida. We’ll keep an eye out for the next move she throws into the mix.

Frank Underwood Is A Gamer And You Should Be One Too