If you have ever really taken the time to ingest what a triathlon is now would be a good time to do so. The first modern long-distance triathlon event was the Hawaiian Ironman Triathlon. It included a swim of 2.4 miles (3.9 km), a bike ride of 112 miles (180 km), and a marathon run of 26.219 miles (42.195 km).(wikipedia) That is a staggering feat and even half of it would break the average person down to a pool of flesh. Yet, there are still those like James Hotson, who attempt them and even complete them. James competes in the half Ironman event and is currently sponsored by Tri-Sports.com, an online retail shop for triathletes. The sponsorship is worth mentioning because it means James is pretty good, in fact he has placed in his last two events. 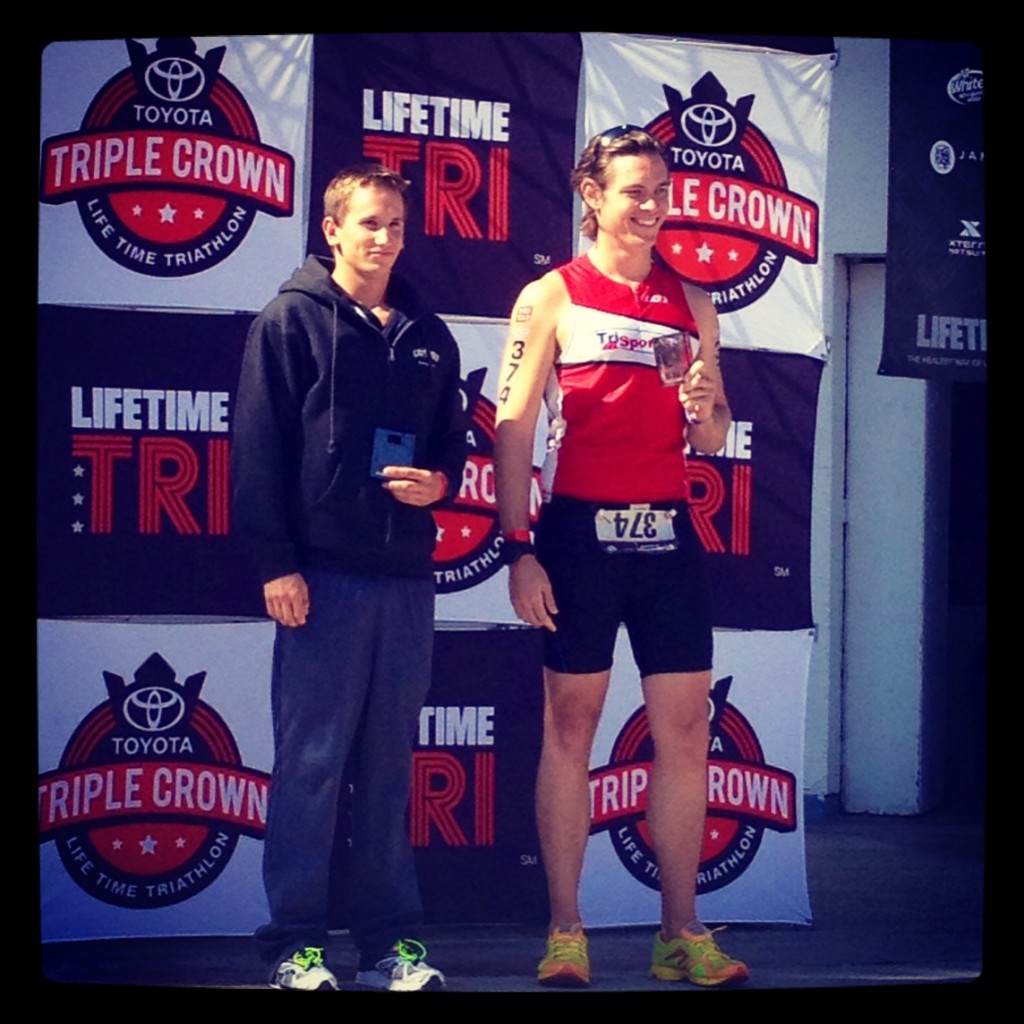 It makes you wonder what kind of person he is. What motivates the kind of person that chooses to push their body to that limit. In talking with James he mentions that he had always loved athletics, he is admittedly type-A, competitive, driven and likes winning. His background in sports has been in baseball, playing at the collegiate level for USC. As intense as college baseball is, it is a ground sport. A triathlon is inherently difficult, not only because of the intensity and duration of each element but because they are quite different as well. Every person is going to have their natural dispositions. James is pretty good in the water so he favors swimming, but he is not a great runner. The strategy comes in here, you might have to kill yourself on the swim because you are going to loose time on the run, or conversely take it easy on the swim because you will probably do okay, and save up for the run where you will have to kill yourself to maintain pace.

The phrase “kill yourself” is one that is often used in the military in reference to the feeling you get after muscle failure or extreme physical excersion. It is a pain so deep that you feel like you are going to die, and whats more is you would welcome it. The original Ironman is rumored to have began as a competition between a bunch of Navymen, which type of athlete was most fit so they combined three long distance races.  Gordon Haller was crowned the first Ironman in 1978. Its a new sport but the passion of people pushing themselves to their limit and beyond is not for us humans, nor is it new for James.

It is said that marathon runners have higher pain tolerances than most people. The army trains soldiers to be mentally tough, and one way to train the body is through the mind.  What is happening to your mind when you have just finished swimming further than most people ever swim in their lives and you get out of the water, to hop on a bike ride until you can’t feel your but and your legs are spaghetti, and cap it all off with a run that will literally make your toes bleed. In a sport like this, with so many variables, it is not about your competitor. The first goal is to finish, if you have finished before then you want to beat your own time. It is not about passing someone up because you won’t even necessarily start at the same time.

As an amateur , James has entered the water at the same time as professionals. The race begins in different groups based on gender and age but the stopwatch yields for no man. It makes no sense to try and catch the swimmer ahead to your left, because he may have started a minute before you. In a triathlon you are forced to run your race. When it hits the marathon portion what you have left in the tank will really matter, and if you crap out, there is no one to blame but yourself. It forces you to consider accomplishing the imaginable and you have to make the conscious choice to lean into the pain and push on as each paddle, pedal, and step is harder than the last. On the other side of the tape though, you are a different person than you were before, you are not made of flesh and bone, you are made of iron. 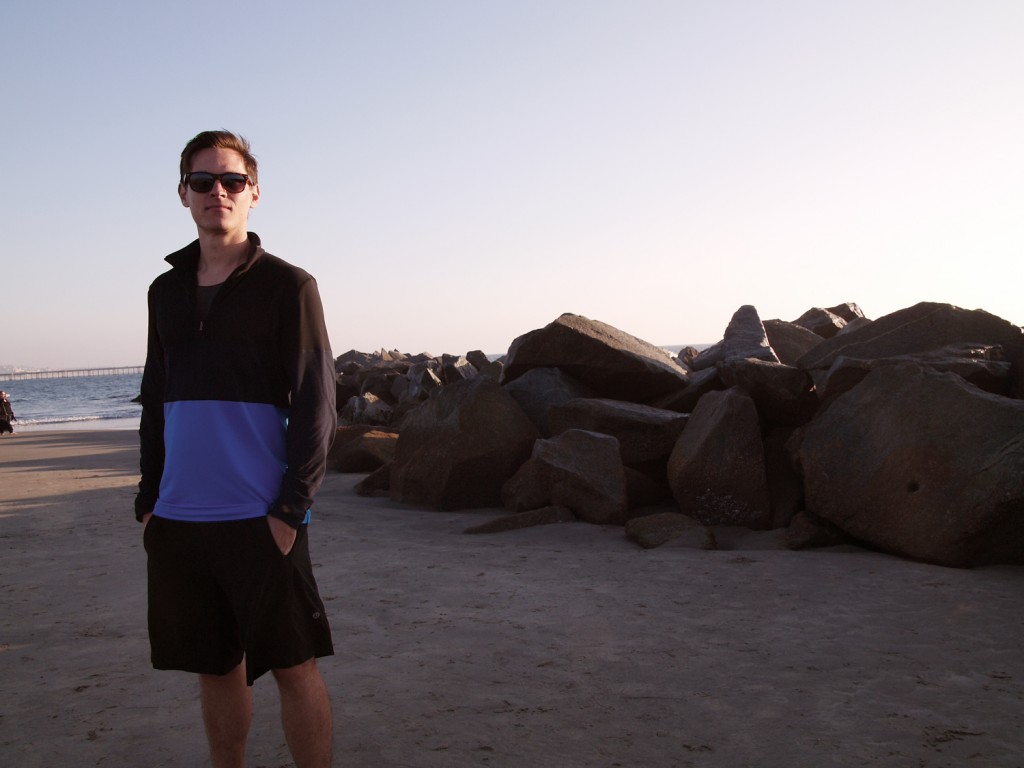