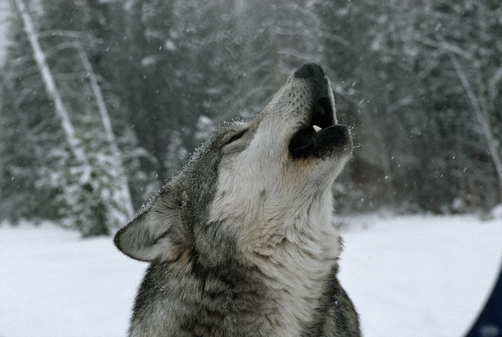 From rooftops, shouts ring out across the land, “Real American men are dead! Long live real American men!” You’ll hear talking heads on TV spout that dramatic pronouncement, you’ll hear it from coffee-hyped bloggers and dead-eyed journalists, you’ll hear it as a punch-line over Sunday morning brunches amongst groups of young urban women, and it’s there written on the worried and confused faces of young American men. The ruler of the past is gone. The cold dead king of the castle has fallen into memory. Deader than Dean Martin. All the real men are gone. But if you look carefully you’ll notice that in his place, now rises up a New American man. Behold his beating heart!

Steve McQueen was my boyhood hero. To my young eyes he was American masculinity. Cool, confident, quiet, lived fast, fought with fists, rode hard, existed in resistance to the rules, loved any woman he wanted because he took what he wanted and left doubt to weaker creatures. Honestly, this was my first role model of masculinity. But by the time I’d reached adolescence such a man was a joke, a throwback, an atavistic reminder of a dying era. No one thought it was cool if you went through life like a character from a Steve McQueen movie. And so, I was left without a role model

My story is not unique. This was true of many men of our generation. Although your hero might not be the same, suddenly, the idea of the real American man was replaced with metrosexuals, a term so laughably commodified I’m rather certain it was created by advertisers. And it was never something I wanted to become. But the world was changing and this was the first stab at a new ideal for American men.

Thankfully, the metrosexual was a momentary blip — a failed ad campaign that gained no traction. He was quickly subsumed by the hipster. And laughed at by the gamer, who pursued masculine activities inside imaginary worlds of Xbox video games and online role-playing games. Given no actual outlet he preferred, his masculinity thrived as a role to play in a virtual world, as its value atrophied in the real world.

Like many of my generation, I am a man raised by women. And what masculinity I learned came from media, from the past, from my friends’ fathers and from cultural mores. Left free to weave these disparate influences together on my own, I had to create my view of masculinity. I had to become a man made in my image. Since I was raised by women and a straight man, I included their values of what made a good man. This choice troubled my chances at success before I’d even begun because I was left with only two male dynamics to make my own. Would I be an Alpha male and demand what I wanted from the world? Or would I be a Beta male and negotiate what I wanted?

In relationships with a woman, a straight man has two ways of being. Alpha and Beta. This is what our shared social logic dictates as the two poles of masculinity. And you know these types well.

An Alpha male is a winner. He makes others losers. They’re known to be stoic, individualistic, and they always come first (if you know what I mean). In our media, you have the classic representation like John Wayne, the more savage update of Clint Eastwood, and of course my fave, Steve McQueen. Alpha males. Their role in society is to dominate, to be aggressors, they’re known as war-makers, they stride cocksure across the terra firma.

In relationships, they have the mentality of the caveman. They prefer the safety of a cave. They like limits, clear-cut boundaries; solitude is presumed, and metaphorically speaking, the ideal relationship would have a man drag a woman back to his cave. It’s the throwback model of masculinity. We still cling to this dynamic as a strong response to the tenuous nature of this thing we call life. And the other reason is women dig alpha males. We wouldn’t have them if women didn’t want them.

For the great majority of human history, Alpha males, as much as they weren’t emotionally available, were attractive because in a word they’re winners. And women like winners. Enough said. An Alpha male’s doom comes from the threats he sees in openness, his aversion to sensitivity, his avoidance of vulnerability and his general fear of what can only be called full freedom. He likes his cave. Don’t take away his cave.

Now, a Beta male is, by default, a loser. But he’s only a loser in the sense that by definition he usually comes second (which, for women is not a bad thing). A Beta male is a natural negotiator. He has something to give up in exchange for what he wants. He makes others winners. A Beta male is vulnerably open and emotionally available. His mind considers the world from a group perspective. He lives in constantly negotiated balance with others. If you think of humans as wolves, he finds and knows his place in the pack.

In media, there were the ‘70s versions we all know, such as Robert Redford and Alan Alda as the emotionally strong liberal-minded male; or there were the diffident and neurotic models of Woody Allen and Albert Brooks. Later, in the ‘90s we saw a sexy update with Ethan Hawke and Kurt Cobain, so desperate to be loved, dependent on another to make him whole. And now we have Michael Cera and Justin Timberlake who both like to be the sideman as much as the star.

The role a Beta plays in society is to be the submitter. He makes peace. He avoids conflict as much as possible. His boundaries are set by others and he navigates them. In relationships he’s usually a happy domesticated creature. He prefers the comfort of assurance from those around him and often finds community in groups and subcultures.

A Beta male’s doom comes from his reliance on others, how he must wait for satisfaction to be given by others, how his limits are proscribed by others. He can get hurt because he is so vulnerable, and he might cry, and he can lose himself in his emotions and become a mess no one wants to clean up.

So where does that leave us? Well, as promised, there is a new American male that you’ll spot. He’s out there. He’s often young, but if loved and supported by young women he could and should become the new model of masculinity for our modern times because he imagines life according to a networked dynamic. And he presumes relationships require that he act as a partner and he expects likewise. He competes to win and makes his partners winners with him.

For lack of a better term, we’ll call him the Omega male, because he exists at the other end of this alphabetical spectrum. He’s not the last man, and he sure ain’t Charlton Heston (from The Omega Man, in case you don’t dig on ‘70s sci-fi films). The Omega male is present, because like an athlete or an entrepreneur, he competes. He’s cooperative and sees the world as I + you. And the good news for straight women (and I would presume gay men) as a partner he doesn’t always come first, or second like the others, he makes sure you come together because you’re doing it together (you know what I mean).

In media, he’s been showing up for a while, like, I’d say Bruce Lee pulled that vibe. And for sure, Heath Ledger was an example of this man who must balance his nature rather than idealize either pole of masculinity. And these days, Channing Tatum represents that male ideal of a modern man, robust and married, partnered with his wife in life and in business. His role in society is as a competitor who has partners and thus makes opportunities for others, and he’s protective, like the best teammates are; there’s a presumption of togetherness that seen in his actions.

In relationships, he’s engaged, neither individualistic and closed-off, nor submissive and excessively vulnerable, because let’s face it, women don’t want a man who’s an emotional sack with the backbone of overcooked spaghetti. They want a man who stands tall and takes stock of his responsibilities to society and keeps his nature in balance, able to roar as well as purr. And when we say engaged it means with society as well, able to provide charity because he’s involved in commerce. (Simply put, the motherfucker has a job!) His only doom are results of the same things that bedevil men and women alike, the human frailties inherent in human nature – greed, lust, wrath, envy, etc. He must keep his nature in check, just as every woman must.

As much as feminism has given birth to a spirit of possibility for young women, a third wave (if you wish to call it that) of masculinity is underway, and of course it’s accompanied by birth pains, at times it’s hard to recognize, or occasionally, it’s there and then it’s not there, but this new Omega male dynamic is creating a spirit of possibility for young men to become fully-present equal partners first and foremost, for perhaps the first time in western cultural memory.

In the February season of love it seems fitting to celebrate this new spirit of masculinity for it promises greater partnership and a presence that can attune to a woman, and to her  thoughts, feelings and rhythms, while also attending to his. The networks of communication that give our lives shape, they have re-engineered society to the point of forced equality of labor. Men’s work and women’s work is gone. And now out of sheer logical necessity, thanks to the Internet and all the life changes it represents and generates, we have created a world where a man lives in constant partnership.

This is an often overlooked, yet radical, aspect of modern life; at least, in terms of what it means for the values and behaviors of western men. I have full confidence that more and more young men are embracing this newly emergent image of masculinity. Young men today are stepping far beyond the limits of the Alpha male and they’re also refusing the submission of the Beta male. Instead, they compete as, for lack of a better term, an Omega male, ready to partner and flourish. As more and more women love and partner with such young men, this pattern will repeat itself, and save us from our old polar view of masculinity. Behold the beating heart of the new American man.

Zaron Burnett III is a writer who’s been more strange places than some five dollar bills. Whether it’s working as a screenwriter in Hollywood, or as a freelance journalist and essayist, he’s told stories both real and imagined. He’s at his best when he places his focus on humanity, drawing insights from our social foibles, our foolishness, and all our time spent “fucking around.” He certainly pulls no punches to himself, speaking in a confessional style, he lays out a nakedly honest experience of life. He’s been called “smart, funny, inventive, and insane.” That’s not a terribly sexy dating profile, but the combination makes for a wildly entertaining writer. He currently writes for ThoughtCatalog.com and Medium/HumanParts.com.