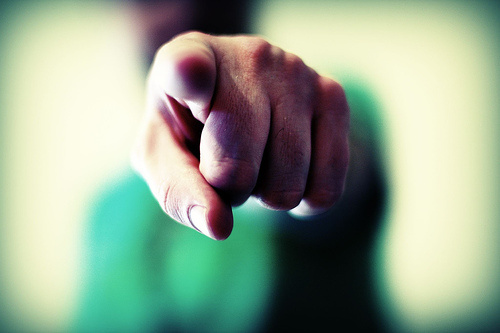 We’ve all heard the stories about the widening inequality gap in America. We’ve been told about the decline of the middle class. The Occupy Movement did a lot to bring the discussion to the national stage after the financial crisis in 2007. What is harder to tell is if anything has changed. Many of the people from the Occupy Movement have gone home. There certainly aren’t masses of people still camped on Wall St. but today in 2014 the inequality is not only still present but it has further widened in the years since. The question is ‘Why?’ and ‘Who is responsible?” We can always point our finger at the financial elite but maybe we should also be pointing some blame in the mirror.

In 2011 Princeston researchers Angus Deaton Ph.D. and Daniel Kahneman Ph.D.released data collected from Gallup polls stating that $75,000 is the magic number required to be the most happy. Many blogs and outlets have misquoted these findings to suggest that $75,000 is required to be happy at all.
The study went on to mention that  “your emotional life depends primarily on your relationships with people.”   Which is again contrary to what was widely publicized about the research findings.

There is another element to this study that was not mentioned along with the findings. It is the fact that you could be making $75,000 dollars a year, and still feel broke if your spending habits are exorbitant or you live in excess. This means that you make be making enough money to achieve the ideal amount of happiness but how you manage that amount is not indicative of your level of income.

The film “Inequality For All” with former Secretary of Labor Robert Reich, will tell you that the American economy is suffering because the middle class is not consuming enough to keep the economy stable. And this may be true, but it could also be a part of the reason we are in this mess in the first place.

As the American middle class continues to shrink and decline, the spending habits of many have not changed. And this is especially true with many in GEN-Y who are apt to feel even greater impact of these financial conditions as they age.  We all know that it is almost a right of passage to recklessly spend money while you are young, but is that still something that America’s youth can afford?

There is also a problem in low income households that are often drowning in debt that isn’t fixed when income suddenly rises. It is a common problem of the nouveau riche, that is simply poor money management. A Vanderbilt University study from 2009 shows that even lottery winners still end up broke after winning millions of dollars.

This is because we have bad habits regarding our choices ingrained in us, not only as product of being the 99% but simply as a product of being Americans. Our country is one that does not like limits. We want to go bigger, faster, stronger. And it seems that a disproportionate amount of Americans actually take the time to moderate their spending and live below their means. It could be argued that we are being seduced by advertisers and made to feel lesser if we don’t keep up with the Joneses. But there is no one forcing us to live beyond our means.

So much of the housing crisis was because of debt borrowed against homes. A lot of loans were granted for college tuition and offsetting lay offs, but a lot of it was simply to have more spending cash. It would seem that in some ways the 1% of the population is representative of the financial elite, but from social survey it would also seem that the percentage of Americans that live within their means is also very low.

It is existing middle class that has an opportunity to curb their spending and slow the decline. If we spend much of our income updating a new phone every time it is released or going to see every new film that is at the box office we not only sacrifice our chance at financial independence, we perpetuate the bate habits that have contributed to this situation.

By collectively deciding to change the conversation in our culture about money and how we spend and finding economically responsible ways to enjoy each other we coral our spending power. We send a message to corporations that we won’t continue to support business that conduct predatory advertising. We send a message to our community that the true value and greatest source of happiness is in our relationships. We send a message to ourselves and our children that breaks generational habits of over spending, and begin to take some of that power back.

In the mean time we can protest, and write our congressman, and do everything we can to bridge the income inequality gap in America, but if we don’t change how we manage the current income we do have, we are destined to recreate the regretful predicament we are in now.

If you are interested in receiving information about personal finance, or small business management email citizensofculturela@gmail.com  with your inquiry and we will direct to specific resources.

The road is public, it is a place with set, and known rules. It is also a place where there are unwritten rules of…