If there is one thing that really tickles our fancy here at Citizens Of Culture is the elegant execution of multi-disciplinary art in a disruptive mixed environment. Nicole Disson gave us exactly that on August 28th, with THE SERIES upstairs held at The Ace Hotel in Downtown, LA. What began with an accordion player in the elevator ride to the roof, led to us to a guided meditation by DIVA inside the pool. There was not an inch of the rooftop that was not employed as either, stage or theater that evening.

It was not simply the dynamic nature of the staging that made the experience unique. The talent presented was not only delivering compelling material but were impressive performers and artists that surpassed expectation. So often we see performance art that strikes us with its intent but falls short upon execution. THE SERIES performers were of an exceptional caliber, bar none.

The evening was as much an invitation to be entertained as engaged. Among the more abstract performers such as Zoe Aja Moore & Co there were more familiar presentations such as the music of Harper Simon. If you thought you were coming to stand around and chat while the performance took place you were in store for an awakening. The L.A. Dance Project took over pool side and silence the audience with a modern dance piece chronicling a distressed love triangle.

The crowd may have been silent as the dancers performed but their hearts were certainly pounding. In addition to the movement of the artists, there audience was not left stationary. From pool side we were guided to the bar for a continuation of performance art, live acoustic music and more of the lovely accordion played by Lewis Kane. 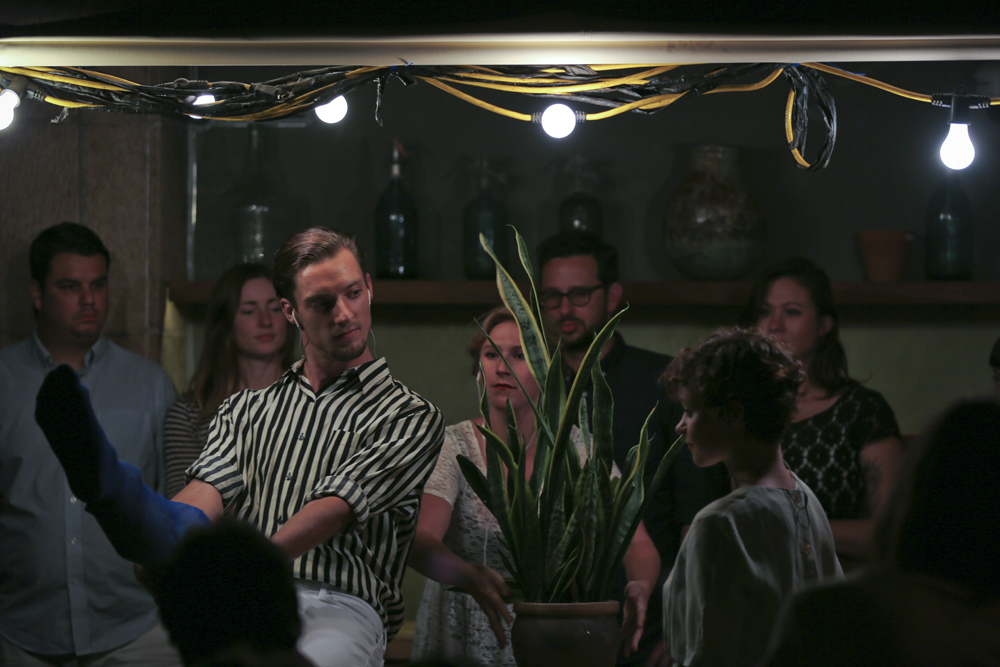 Artistic displays were presented from a variety of points on the creative spectrum, to include spoken work by Mandy Kahn, and a visual art installation by Alia Penner & Lola Rose Thompson. A night could not be more titillating than what was curated by Ms. Disson.

If you are just now hearing of THE SERIES be sure to check her out at the LAX  (Live Arts Exchange) Arrival Launch on September 11th at the Bootleg Theater.  There will be an additional suite of performers and if the past performance is any indication of the future the audience is sure to be left captivated after this evening. 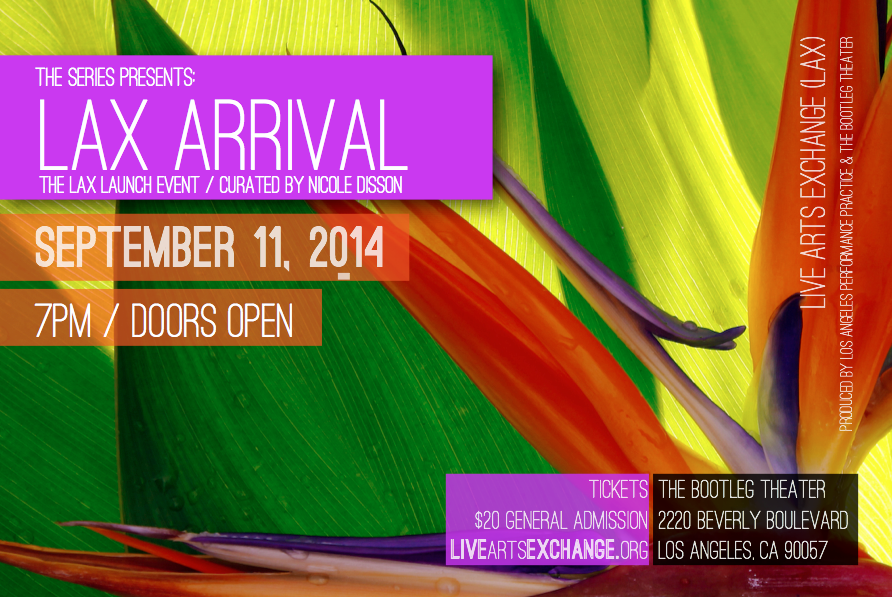 For tickets and more information about LAX Arrival Launch visit their site here.