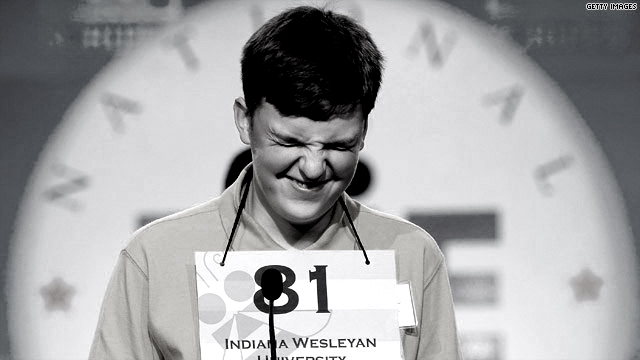 Sometimes trying your best isn’t good enough. Sometimes your opponent cheats or is just plain better than you. The point is, sometimes you lose. Dealing with losing isn’t just relegated to athletes, it happens to every one. Whether you are arguing with your significant other and they bring up a valid point or you simply get knocked out in a fight. Losing sucks. But why does it suck so bad?

Our first inclination is to think that losing sucks because it is the opposite result of what we were expecting to happen and the disjunction between our expectation and the reality causes stress in our brain. That is a lot of jargon to simply explain disappointment. But if it were that simple, then every time we were surprised we would be upset by the fact that our expectation didn’t align with the reality whether we deemed that reality positive or negative. The truth is that we are only disappointed because we had a perception that our expected result would be positive.

The idea that winning will pleasurable is entirely speculative and we are in control of that perspective. First thing we need to realize is that there are positive and negative effects to winning. The second this is that losing is not ALL bad. Expectation management is one of the greatest gifts you can give yourself. Inside the hypothetical scenario of how we hope things will play our we have filtered the negatives and tend to highlight the positives. While this is good from a motivational perspective it leads to a much harder crash, so how do we mitigate.

Well, the moment the buzzer rings and you realize that you’ve lost you are naturally going to play back the entire event in your head. Do not let this reflection go to waste. Grab a note pad or a voice recorder and capture all the silly mistakes, and points you gave away. Jot down what your weaknesses were, while you are passionately infuriated by the loss. Capture all these little things because that is where your work is, that is where you need to improve. Then let it go, purge it out, write it down, then close the book and do not open it again until you are going back to practice or train.

The agony of defeat as it it as called can send some people into a depressive spiral that leads to no where. If you can identify what you did wrong you can improve, if you did all you could and were bested, begin to accept that. Sometimes THAT is the reality.

If you can manage to get over beating yourself up, you will find either great learning or you will find the real goal. If you made a mistake, learn to live with it, if it wasn’t meant to happen then cope. The most important thing is that you get on the other side of the disappointment. What is happening is that something you thought or hoped would come true hasn’t, it is not the same as something negative blindsiding you. The absence of a positive does not inherently create a negative, it also leaves room for another positive.

Begin to re-imagine the positives from where you are. If this was the championship game, think about what opportunities you have available to you as a finalist. Since the outcome was entirely speculative in the first place you are in control of the next move, and perhaps in greater control than if you had achieved what you had hoped. Also ask yourself if you were being realistic in the first place about your expectation. Tracing your steps back, was this the only real outcome or were you over confident about it?

We all want to win, but we should ask our selves why we want to win. After that personal inquiry we might find that it is not the winning that we wanted but some associated result that it was connected to, and that result may still be within your grasp.

Upon first sight I thought Eyita was a professional artist or musician. That was my first misjudgment about her, and certainly not my last….