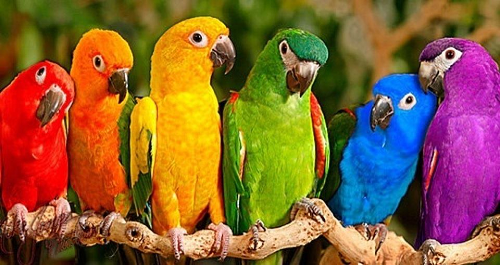 What’s your favorite color? If you answered with any particular color, then boom, you are a jerk. It’s that simple. We all have preferences based on whatever distinguishing factors there are between us. Is it possible that on some level that what separates our aesthetic tastes are those same things that make us prejudice? We don’t seem to have much choice about what we like or dislike, at least not innately. It’s debateable whether or not we are able to choose our tastes at all or if those preferences are tied to culture, gender and particular world view, is there any hope for us to ever co exist peacefully?

Imagine a father who loves football, his first-born son loves football as well so he spends a lot of time playing with him and they form a great relationship. His daughter however is interested in fashion, and this dad is less interested in fashion, but he still loves her so much that he makes time to encourage and participate in her activities. This is all well and good, but all things remaining constant with the father and his two children, he gets an added bonus of following football when he spends time with his son, which is something he did to pass his time before he was even a father. Try as he might, his interest in fashion is only tied to his daughter. The father cannot be labeled a bad guy for simply spending more time with his son than his daughter especially since he has more in common with his son, can he? But how is the daughter supposed to keep up? Should she feign an interest in sports or should the father go further to extend himself to her?

This scenario is posed simply to highlight one of the current issues facing us today, the wage gap.  The commonly heard statistic is that women earn 77% less pay for the same work as men. As of today there are still disproportionately  fewer females in positions of power. This runs across every industry, and up and down the professional scale. This disparity could not be related to performance of all jobs. So it must be related to something else, perhaps it could be related to football. When we talk about sexism, one of the things that is often brought up is the glass ceiling, and the “boy’s clubs” it has been made terribly clear that women are often disadvantaged in the workplace because of the back room deals, and conversations that take place outside of the office setting that further each of us along in relationships. A worthwhile question may be to ask if sexism is more about undermining women in the workplace based on gender, or a cultural disparity that is evident as a product of weaker relationship bonds. We must look back to the father and his children for this one.

Let’s now assume he is a business owner, and both of his children are working within the company, his son as Chief Of Operations and his daughter, Chief Finance Officer. Each of them are different people but inarguably both are qualified for the job. How does the father decide who will be his successor? This situation occurs everyday when two candidates are professionally matched, how is one candidate chosen over the other in the typical workplace? Complete impartiality would be granted by flipping a coin, but we often do not feel comfortable leaving big decisions with high stakes, to chance. Frequently a tie breaker is introduced, or otherwise considering additional variables besides professional capability. This means that if there are two evenly matched candidates, and one of them was slightly more charming, the hiring manager may choose the person that they feel would most positively contribute to office culture.

The father in this scenario has to make a decision as well, about the future of his company and how he wishes it to be shaped. Real situations are no different. But humans are not computers, we do not make decisions based purely on data alone, we are emotional beings as well and this often complicates even the simplest of choices. If  the father was choosing between a qualified stranger and his son, there would be no harsh criticism at him choosing his family member over a stranger because he could be more familiar with him and the likelihood that he would make decisions inline with his vision. But when both are his children, that bias may not be as apparent. Our minds naturally seek additional information in these situations to provide a slight advantage in one way or another to allow us to make objective choices. Sadly, that information does not always surface and  can lead us to making unfair, uninformed decisions.

The same could in fact be applied to race, or religion, or any place where people who may be objectively equal might be pit against each other. Sometimes patterns of decision making form that have terrible consequences. Further, it becomes very difficult to distinguish which of the factors are paramount. While adding an outlier to a homogenous group will add unknown value in the form of new ideas, it also adds unknown complexities to the environment as those differences in behavior and taste become evident.

Business is one area where we find favoritism, but we also see it in academia, sports, music and anywhere else groups of people are forming. We seem to have a natural desire to gravitate toward those that are like us in one fashion or another. Our similarities provide us with a safe place to express and explore but they can also insulate us from the realities of others.

At present, we don’t have the ability to turn off that part of our brains that says “This is my favorite.” So we’ll always be forced to manage those difficult decisions, whether they are between people, or places to live, or simply standing in front of the vending machine. It is not simply a matter of tolerance for the differences of others but our tolerance for risk and new things as a whole and calls into question our deepest motives for behavior, and how we would like to experience the world.

News broke this morning that the Supreme Court has ruled that same –sex marriages now must be legally recognized in all 50 states. This…