Henri Tajefl’s  Social Identity Theory is one of the greatest contributions to modern psychology. It poses that we find our identity based on our social affiliations. Meaning, we identify ourselves by the groups we are apart of an not a part of. One example is that we all have our own demographic breakdowns, race, geological heritage, native language, and so forth. If you are an American there are certain characteristics you will identify with and that helps you reference your behaviors and ideas with something greater than yourself.

Social Identity Theory assumes we are all apart of in-groups and out-groups and the desire to remain a part of our groups influences our behaviors and even our thoughts.  The comparison of these in-groups and out-groups cause us to perceive the groups we are a part of as better objectively. This psychological theory is at the root of much of the conflicts we have found in the world from Nazi/Jews in Germany, to Black/White racial tension in the United States, to Sunni/ Shiite conflict in the middle east.

This social identity must be learned and so to does the subjective view point of superiority. We must ask what our perspective is on ourselves before learning what groups we are a part of. And to answer this we must look to our genetic material. How our bodies will develop is predetermined but out DNA and so too, will some of our social groups be predetermined as a result. Much of our experience will be dictated by how we are seen and viewed by others but there will always be an underlying set of instructions that objectively influence our identity.

If our DNA prescribes how we will look, and our environment shapes our personality, how then is it possible that twins can grow up in the same household to have different interests, tastes, and views? One theory is that we have a separate but parallel prescription that sets forth our personal identity and this disposition is one that is as constant as our DNA.

This means our personal identity is established by a psycho-emotional disposition that dictates our disposition to tastes, pleasures, and perspectives before we are socialized into our culture.  Just as your DNA determines your hair and skin color without influence, you may be born with a taste for heightened levels of creativity that effect your IQ or EQ.

Each facet of our personality can be attributed to some element of our personal history but does not mean that we started with a blank slate. Culturally this can has been described as your fate in folklore, or your “higher purpose” in religion. Scientifically we must relate our unique genetic signature to our ability to perceive and absorb stimulation in our environment as relative to that genetic signature.

If our brains are not genetically the same, showing physical dissimilarity then how we process information would be dissimilar as well. The constant will be the outside world, but what varies is our senses as they function as a product of our bodies, each with their own tolerances and sensitivities. The variation in our composition, necessitates a variation in our function such that no two people can have the same function since they have different forms. Even identical twins, who share DNA are a split of one cell in to two, and share the space inside the womb. Timing bisects our parallel and even further distinguishes us as unique outside of DNA alone. 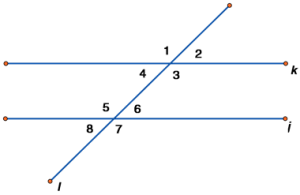 The individual relativity applied to our unique parallel of genetic identity and psycho-emotional identity make each of us rare. Our social bonds form as a result of a self-categorization of our traits, to help us organize into tribes into society based on similarities. But we all know that once we are within our homogenized groups, individuality becomes apparent or we else we would not be able to distinguish each other by physicality or personality.

Written By
C2O Editor
More from C2O Editor
They say not to cry over spilled milk but you may at...
Read More