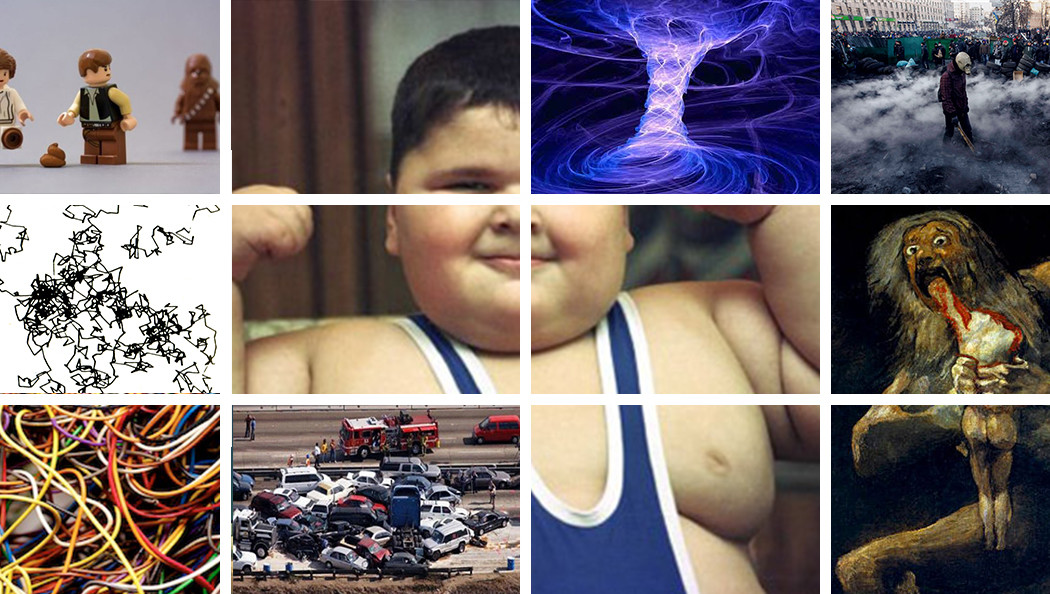 Have you ever noticed that your iPod isn’t actually on RANDOM? Well it is, and it isn’t at the same time. In researching this we’ve found that the iPod creates a random playlist that allows you to go back and forth without loosing your place. This gives the appearance of randomness but the playlist does not reset after all the songs are finished playing, they repeat that playlist in a loop. If you want to truly randomize your song selection, you would have to toggle the “shuffle” option on and off after each song is played. With this in mind we must wonder Is anything ever REALLY random?

As a creative you might get to a point in your work where you begin to notice patterns, this is what indicates your style, but can at times be predictable, but are we actually capable of escaping our preprogrammed tendencies. Once we notice them, we can choose to go in the opposite direction but an inversion is not exactly something entirely new. Contrarianism requires and an initial point to oppose so, it doesn’t really come out ow “nowhere”.

In physics the principle of Brownian Motion is used to explain the path of particles in a closed system. It states that a particle’s movement is subject to all the other movements in the system, and will move in along a path from high concentration to low concentration through diffusion. This would mean that the particle movement isn’t entirely random but is in fact dictated by the other movements in its environment.

If human beings operate anything like particles, nothing we do is ever of our own volition. We are instead always reacting to stimuli, how ever subtle, that is directing and redirecting us on an invariable path.

But if this is true, what does it mean for those of us that pride ourselves as creative? How are we to take ownership of our work if it is in someway a product of the outside world?

In the social context we see disorder as a negative. Roads are a system of bringing order to traffic, just as schools are a system of bringing order to education. When we have an absence of these systems we feel vulnerable, exposed, and unsafe. We trust our government, police, and legal system to bring order to our society by enforcing laws and writing new ones. We believe that without these institutions our world would plummet in to anarchy, putting us all at risk.

But is the absence of institutionalized systems of order bound to spiral us into anarchy or are other ways to maintain order between us? It would seem that the animal kingdom has several systems of natural order that are completely unwritten but have lasted much longer than our manmade social orders. Not only do ecosystems function as a whole but social animals themselves have internal hierarchies that are also upheld without third party enforcement.

That is not to say that we don’t need laws but it begs the question, do we need all or as many as we have, or do we even need more?

In our own mind we try to bring order to our understanding of the world around us. Ironies, are subtle ways of letting us know that there is always a chance something unexpected can happen. Changes in our environment can most certainly shift our perspectives and direction in ways that we might not think to go on our own.

Even within the concept of Brownian motion we find that there is still an underlying principle that speaks to particles moving in the path of least resistance. If a seeming disorder is actually a product of a great law in action then we can rest assured that even when we think we are in states of chaos or anarchy, we may actually be set within a system that is simply much broader than we can recognize at the time.

That is not to say that somethings are not completely random and we don’t live with a modicum of chaos but, I am devoting this month to finding out!

There is a great scene in Dark Knight Rises where Bane delivers a monologue detailing why he will win. His point is that he…