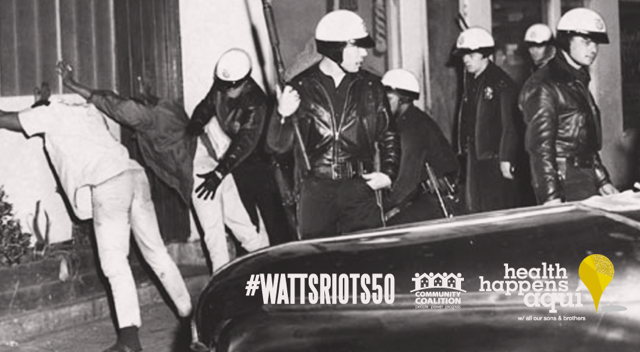 On August 11th,  21-year-old Marquette Frye was arrested for drunk-driving in Watts California. What started out as a traffic stop and a minor roadside argument quickly escalated and became 6 days of civil disobedience, violence and some of the worst urban unrest in history of the United States. Frustrations over high unemployment, inadequate schools, mistreatment by police and unjust access to affordable housing spilled into the streets and became known as the Watts Riots of 1965.

To mark the 50th anniversary of the Watts Riots, Sons And Brothers (@SonsAndBrothers) and Community Coalition South Los Angeles (@CoCoSouthLA) launch @WattsRiots50, a real-time modern retelling of the historical timeline of the events as they unfolded in 1965. We invite you to follow along as modern tools bring to life a historical tale that feels all too familiar in our modern context.  [Historical tweets began at 7:00 pm PST // August 11th, 2015] 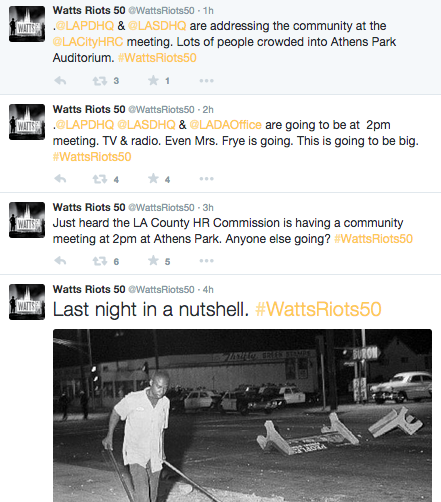 It is an incredible use of technology serves as a reminder that in the past news did not spread the way it does now and the public perception of civil unrest is deep rooted in the way the narrative is told.

This project, also featured a day of onsite training and education in Watts, CA where young leaders from @SonsAndBros and @CoCoSouthLA met with witnesses of the Watts Riots, community leaders and activists.  The young leaders went to the historical locations and placed historical images onsite where the events unfolded. Below are a few examples of the images they took: 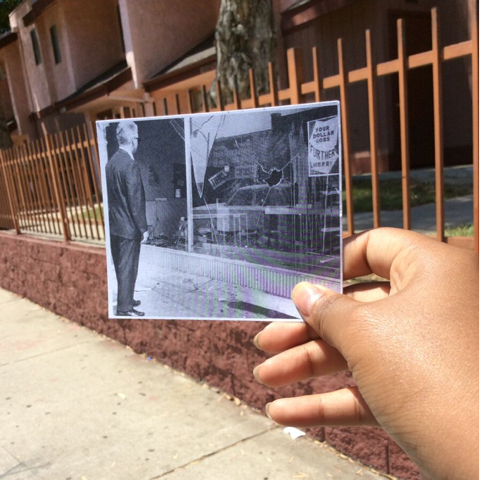 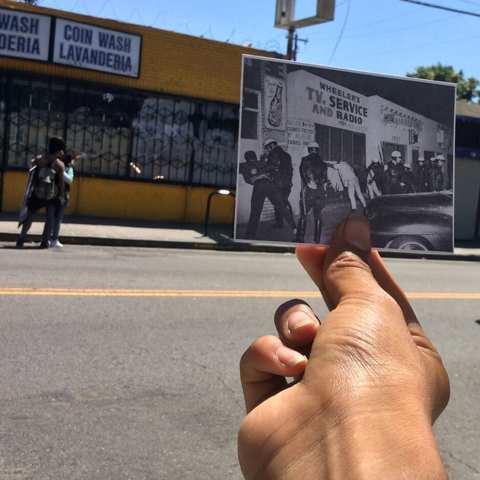 If you would like to spread the word about this project and engage with them in real time as they bring to life a transformative moment in the history of Los Angeles, California and the United States. Share/tweet/facebook this message with your friends/family/followers:

Join @WattsRiots50 as they unfold in real-time one of the most important examples of civil unrest in US history. #WattsRiots50 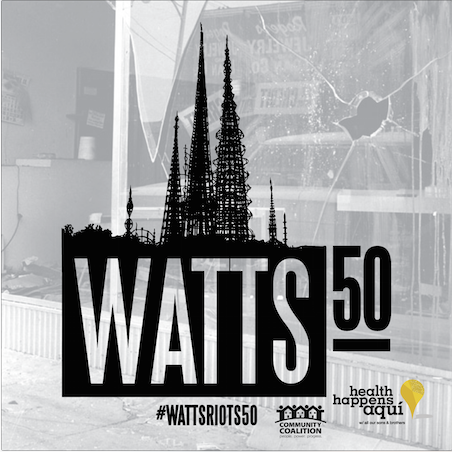