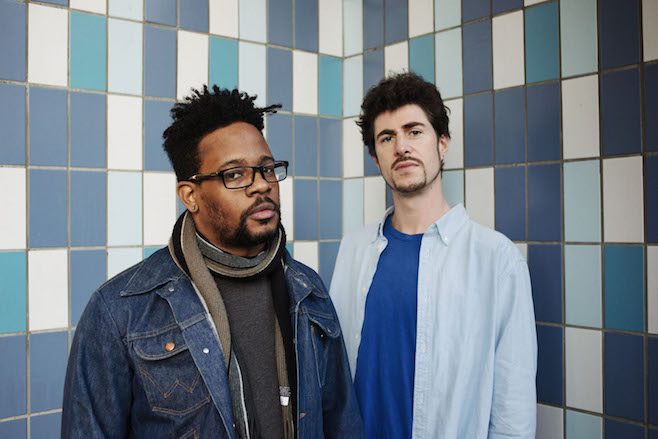 If wearing one’s heart on one’s sleeve is in fashion these days, then The Hella Personal Film Festival by Chicago bred and LA Based MC Open Mike Eagle and British producer Paul White, feels like a project designed for a runway of emotions for those who are still down to feel.
When really peeping the sequencing you might notice it feels like a full day, from morning till night.
Timely and clever Open Mike allows us to vicariously live through our own lives while listening to his. Sonically Paul White digs deep with a sound palette that enhances instead of distracts from the large concepts each song on the project tackles. Where we land is a project that will satisfy purists without sacrificing being interestingly entertaining. With artwork by Frohawk Two-Feathers there is an underlying understanding there is an an internal struggle we are privy to viewing and being a part of.
So load up your Oyster cards w/ a few pounds and hop on the train of thought to go to the “Hella Personal Film Festival” (they take student ID’s so thee 9.99 price tag is mad worth it)
The record starts with a confession called “Admitting The Endorphin Addiction”, a thoughtful head nodder which expel’s endorphins traveling through a screen to your ears, releasing dangerously high levels of dopamine.
“Rap music has ruined me, I’ve always wanted to loop my favorite part”.
Next up we got  “I Went Outside Today (feat. Aesop Rock)” which sounds like a superhero waking up on one of those really really good morning’s where nothing is sus and you feel like everything is high vibes and even the squirrels are giving you high fives. Pure Sunny D and Summer pants (also known as shorts).
Another highlight I really like is the black mirror’eque “Check To Check”. 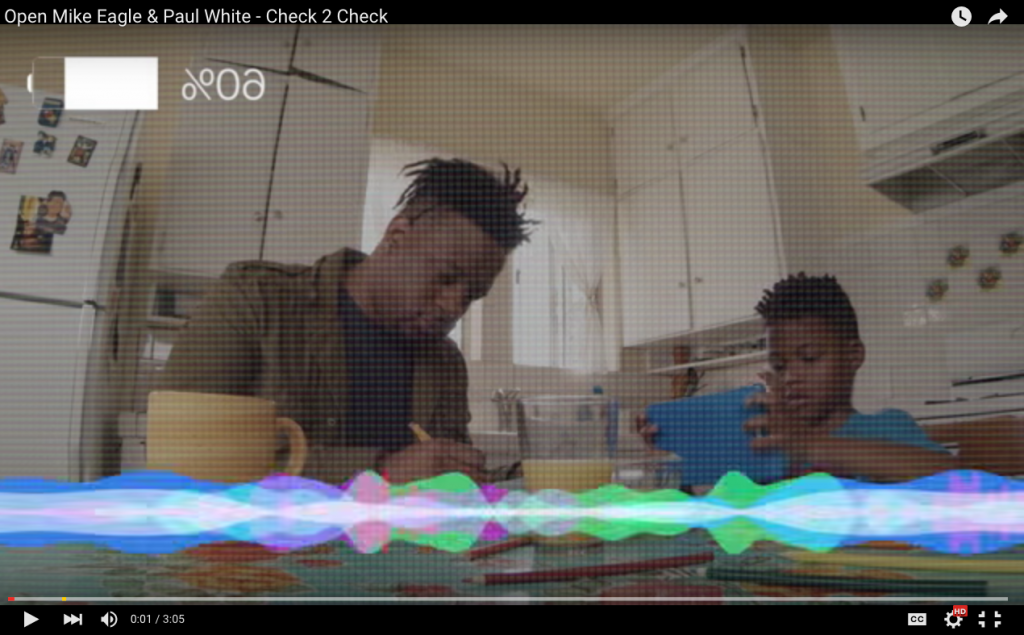 The bouncy bass driven jam is an intriguing replay worthy commentary on our daily intimate or addictive relationship to checking our pulse via technology. Mike flips some very relatable lyrical acrobatics I find to be a maze of awesome one doesn’t mind getting lost in.
“​..checking between takes
every notification that phone machine makes
I put it down whenever but it’s never a clean break
should get a heavy phone and pretend it’s a free weight
I’m checking at red lights like school nurse checks for head lice ​
like sound men check for dead mics
just like I’m trying to merging checking the left lane
trying to get home to check if my check came”
“Insecurity” is a very chill yet super danceable request to just be truthful and open. How open is too open? What’s the difference between being an asshole and being 100? By the songs end we get to the truth of the matter that we all just prefer lies.
“…you can keep real w/o being so rude though
you say it all harsh and the damage is two fold
a spoonful of sugar makes thee medine smooth though
you aint gotta say it like that though
you can be true and still come off tactful…”
Up next might be my favorite song on thee record which is about thee way black men alter spaces, “Smiling” is brilliantly crafted songs on many levels.
“…if not reparations give me free black therapy
and tell ppl you’re scared of them it makes them act scarily…”
[bandcamp width=100% height=120 album=1231916940 size=large bgcol=ffffff linkcol=0687f5 tracklist=false artwork=small track=1672568800]
The relationship between audience and artist is quite precarious especially, when that artist is black and the majority of the audience is white and especially once the artist isn’t on stage.  It’s a touchy subject to speak on but it fills up the room much like a ghost fart, no one really likes it, we’re all sure it stinks, but yet none of us wants to admit we did it or  it’s there.
Paul brings together a very hazy and humid sounding southern beat. Not like southern a trap like beat for FUTURE or Weezy F Baby (thee F stands for phenomenal) but a southern beat more in the vein of Outkast’s Rosa Parks.
“Just be a person, fuck thee rhyme scheme just be a person.”
This song also calls back to the concept of double consciousness concept Wu Bois spoke of in his autobiography,  ““It is a peculiar sensation, this double-consciousness, this sense of always looking at one’s self through the eyes of others, of measuring one’s soul by the tape of a world that looks on in amused contempt and pity. One ever feels his two-ness, an American, a Negro; two souls, two thoughts, two unreconciled strivings; two warring ideals in one dark body, whose dogged strength alone keeps it from being torn asunder.”
Even if you don’t like this song, it’s really important.
​Leave People Alone is Mike in raw form and full of layers of good advice (very reminiscent of “Doug Stamper//Advice Raps”). ​Open Mike’s signature internal rhymes schemes are well thought out from a point of view u could power point if you wanted to.
Insecurity Pt. II (The Moor The Marry Her) really stands out as the most feel good song on the later movement of the project. Mike gives us a very well documented night out of friends when not everybody in your party knows everybody, but it’s cool because how boring would knowing everybody be?
[bandcamp width=100% height=120 album=1231916940 size=large bgcol=ffffff linkcol=0687f5 tracklist=false artwork=small track=4038899976]
The sonically light hearted “Drunk Dreaming” ushers us towards the projects end into a world where there are no restrictions or anxieties wading in a drunken dream like state drenched in imagery. Clever one liners ranging from taking burritos one can’t taste to the face, to transforming into Jamison Prime, and convincing us that a shot of patron turned him into a damn time traveler.
I believe him, there is an ever present level of transparency that most artists avoid in order to retain their “cool” that is all over this record.
The cost one pays to pretend to be strong, the times when you feel invincible, the times you are just walking down the street being black, the times you wish the world was just being honest with you, the times you are just waiting on an email, this record is about the moments one has their armor off. As a writer Open Mike is relatable yet never insults your intelligence.
Open Mike Eagle and Paul White co-create a very honest picture of a life in flux, dealing with pain, insecurity, and finding one’s confident voice all with a smile on your face, and a prayer in your palms, dang.
-∂eƒ

Written By
defsound
More from defsound
I took a young hiatus from doing music write up’s due to...
Read More