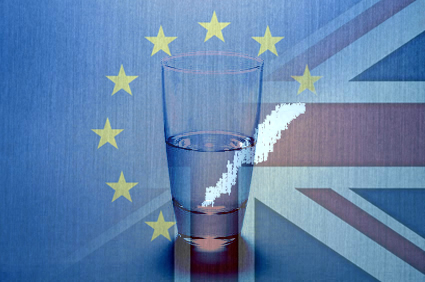 In the past 24 hours some have said, “the world as we know it has come to an end” in response to the recent vote of the United Kingdom to leave the European Union. The story that is being referred to as BREXIT, has caused global markets to shift, media takeover, and global outcry. There are many facets to this story that can be discussed but at core is one issue of people, and their relationship to freedom, their identity, and how their feelings surrounding that have effected the vote they have made. It asks us to question the viability of democracy in an world with inadequate or imbalanced media coverage.

One one side (yes, another binary), we have the fight to LEAVE who feels that UK ‘s member ship in the EU has yielded little gain and has bogged down the UK’s economy and weakened their job market with regulations. Essentially the EU’s rules restrict the UK from being all that it can be which is a particular concern for the white working poor.

The other side is the far more liberal members of the UK that believe in the idea of the EU and see those economic “cons” as necessary in moving the global economy forward and in someway beginning to establish universal basic income and access.

The details of the argument are far too complex to discuss in this platform which is exactly the point. We have a critical issue at had in the public eye, one that every member of the UK will be effected by and the spaces in which education should be delivered are muddled with propaganda and misinformation.

Without discounting the votes of a reported 17million people (51.9%) we have to look at the situation at hand and how the story is crafted both in the UK, and how divisive media can create vacuums of thought that leave room for passion and pressure to sway our decisions.

The paradigm at hand is the individual versus the group. It asks the UK to choose weather to continue to perform, what some see as a sacrifice for the greater good or to separate to do what might be seen as strengthening their own position. It pits us against the paradox of mind to perceive scarcity or abundance in a world where neither can be clearly defined.

If you see the glass as half full you might think that the social benefits of the UK’s membership in the European Union outweigh the perceived negative economic set backs. it is also possible to view the free trade and labor laws in place by their participation as economic advantages as well.

Nonetheless there are millions of people in the UK without jobs, who are still recovering from the economic crisis who feel that the UK needs every bit of freedom and economic power for its own citizens and can not afford to be hindered by the limitations of the group. They fear that EU threatens their sovereignty and in some ways their culture as well.

Many reduce these feeling to racism, and socialism, two weighted words that trigger emotion. This is what the campaigns have been fueled upon these two narratives. One pointing many of UK’s problems at the EU and the other pointing the problems away from the EU resulting in a propaganda fight.

The votes have been cast by a popular majority of nearly any UK citizen over the age of 18 as eligible, which is as close to a pure democracy as you can get. So the decision is one that has been made by the public but in light of the harsh media battle and simplification of the issues some Brits have come to reconsider their vote after doing more research on the topic. One woman told the news channel ITV News.“Even though I voted to leave, this morning I woke up and I just — the reality did actually hit me,”  “If I’d had the opportunity to vote again, it would be to stay.”  The Washington Post reports that Google has seen a major influx of EU related searched from the UK only after the vote, which eludes to the fact that voters may not have been informed in there decision.

Also, some of the promises of how the funds reclaimed by the UK once leaving the union would be spent are now being rescinded. Specifically the NHS free health care program was said to receive these funds, as was a major selling point in the campaign to leave, is now clearly not on the table.  Nigel Farage, leader of the UK Independence Party, who was most vocal about leaving the union told Good Morning Britain, “it was a mistake” to include that in the campaign, however it is a mistake that can not be undone.

This is a clear case of how the media’s manipulation and messaging can have a great impact on democracy, it changes how we see the facts, and in some cases misrepresents what the facts are entirely. It is impossible to know exactly how much influence the coverage has had on the vote but it is clear that we live in a world where people do not read the fine print.

From the apps we download, to the contracts we sign, most of the general public does not fully understand the products they use, the companies they do business with, or the campaigns they endorse. We now find ourselves facing a major, irreversible shift in the framework of our global economy and it is quite possible that the decision was made by a majority that was at best part ill informed, and at worst completely manipulated by other individuals with ulterior motives. What chance does democracy have  when our choices are so easily led astray?

New . Music :: James Blake Puts The Colour In Anything.