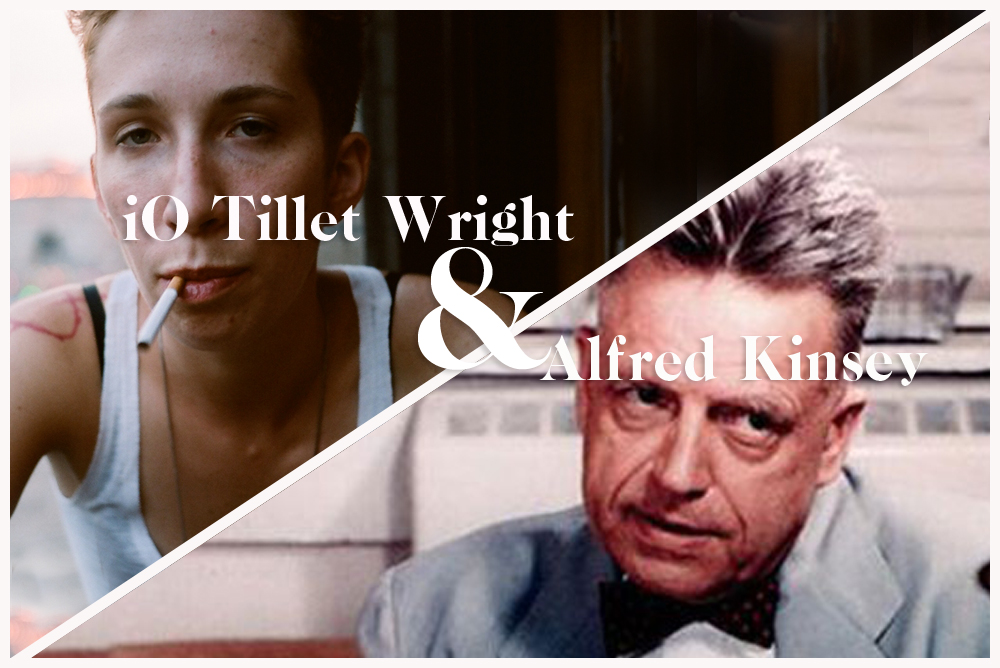 iO Tillet Wright and Alfred Kinsey. Let’s start by acknowledging that neither of the names, nor ideas they present are new, but this is how the world works. There are books and studies being done everywhere all over that are not being brought into the lime light for various reasons. There is a universe of information available that we may need and never know simply because we are not looking for it. So look inside your self and ask if you are homosexual. Before you answer try to define it in your own mind. Try to ignore what you might have seen on television or what you heard in your high school locker room. Ignore what the implications of your answer might be or what your presumed responsibilities of the role are. Just think about it.

The definition we most readily point to may be if you have ever had a sexual experience with someone of the same gender. But even that definition can be unclear. It may have happened but you may not have liked it, or you may not have ever had a sexual experience with anyone at all. This label as gay or straight may not live in an evidentiary world at all,  but in your mind alone. And in this case does having homosexual thoughts or curiosity define you as a person. Is there even any value to putting a public label on something so private as how or whom you love.  If by some chance, you were able to reconcile a label for yourself, is it one that must be permanent? Is it an abandonment of your personal identity to change the label or to not where one at all?

The Kinsey Scale, is a heterosexual-homosexual rating scale created by Alfred Kinsey that illustrates sexual behavior with a ration from 0, being exclusively heterosexual, to 6, exclusively homosexual behavior. The scale was published in “Sexual Behavior in the Human Male” over 50 years ago by a scientific professional whose work on human sexuality has been referenced by the United States government, the military, and recognized by the scientific community at large. Yet, this scale, has yet to reach mainstream American  programming with the frequency or support as its prominence might suggest. The mere knowledge that this scale exists is contradictory to how most Americans are brought up in our culture. It calls in to question the idea that we can all be categorized as exclusively one thing or the other.

60 years later iO Tillet Wright, a photographer conducts a national photography campaign, Self Evident Truth to profile people that don’t consider themselves completely straight. iO asks participants to rate their sexuality from 0-100% gay, and her results after photographing over 2,000 people nation wide was varied as well. She mentions in her TED Talk  “50 Shades Of Gay” that people had their own personal crisis at times just from being asked the question. Her photos show people that on outward appearance look as straight as anyone else we might meet, and may even claim to be straight when given only two options to response.

This over simplification of out sexual identity seems to suit our society quite well, as we can qualify, and partition people easily with survey questions. It is a great tool of agency to organize our selves into only two neatly defined groups, and perhaps that is needed for efficiency. But it seems to have the opposite effect on our culture. We are forced to adhere to the guidelines of this narrow classification, which in inherently oppresses, not only our ability to express our feeling, but even to recognize them.

Many have argued over the years that homosexuality is a choice, and others that it could in fact be a mental illness. It would seem evident that, the choice is not in what are, but in what we choose to proclaim. It is a choice forced upon us by narrow definitions, which may not always be entirely accurate. The mental illness, if any, may be the result of that restriction, a cramping of the mind and emotion into a conformist ideal when our natural state may not be 100% gay or straight but somewhere in the middle and may even fluctuate with age.

How can you know your sexual orientation before sexual ideas are presented in your mind? It would seem that the service our society provide could be expanded to facilitate more fluid notions of sexuality and how the application of those notions effect our lives.

I worked with Becka on a shoot recently. I had a blast with her and the photos were nothing less than amazing. The one…