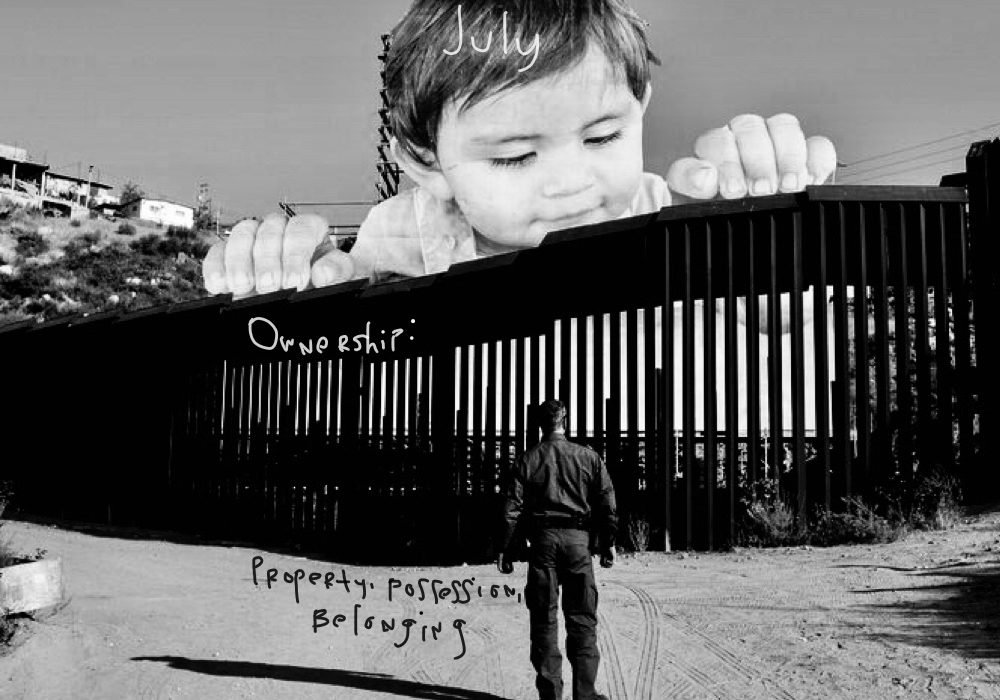 What do we really mean when we say “my ” ? You can’t mean that when you say “those are my shoes ” that you are speaking in the same way as when you say “those are my parents” or even “this is my country”, can you? I have always wondered about the implications of this word and all its forms. I know it is used to express possession, but the difference between possession and ownership has got to be made more clear. The relationships we are seeking to describe can be made very ambiguous depending on what is being discussed. If you are holding your own shoe, you can do almost whatever you want with it and no one will fault you, but this is not the same as if you are talking about “your” sister, or “your” land.

There doesn’t seem to be much investigation of this idea because it falls into the realm of “common sense”. Many people can be fooled by the language we use and led to believe that there is little difference in how you should treat objects, people, land, and ideas when they are described as property. It might seem that this question is nonsense but when the United States was founded African-Americans were legal property under the law. Classical Marxism is based on the idea that private land is unethical, and every day there is some dispute over the use of “intellectual property”. There is very little common about these ideas, in fact they are the basis for all kinds of conflict today, and throughout history. A simple question like “can people be property?” is enough to rip a country in two parts. Further, we have seen parents marry their children off and pass them to their spouses, like trading possessions. Daughters and dowries are still the basis for many marriages far and wide.

All this sounds harsh, but it is also quite romantic. We pass out Valentines that say  “be mine” and listen to love songs entitled “You Belong To Me”  that top record charts across decades. This word is also very heavy. Belonging speaks to where things are right or appropriate to be, in a doctor’s office the patient’s chart belongs in a tray at the end of their bed, and if it is not there something is awry. I am not sure if this is the same thing we mean when we say that we find a sense of belonging in our community groups. It can feel amazing to belong to someone, but we do not necessarily want to be controlled by them! This area as well is one where the can be confusion.

This month, we will be exploring this theme online, on social media, and in our gallery. We invite you to stay with us and share some of your time.

There has never been a period in my life that I didn’t consider myself actively creating. As an artist, there is always project or…