Brian Girgus, former Lowercase drummer, spun out in a tour van in the winter of ’96. His quietly seminal indie/noise band barely survived the black-iced highways leading into Salt Lake City. But the harsh realities of making art haven’t deterred Girgus—he finished that tour, and through a sequence conventionally “indie” events, opened The New California Barbershop in Echo Park earlier this year. 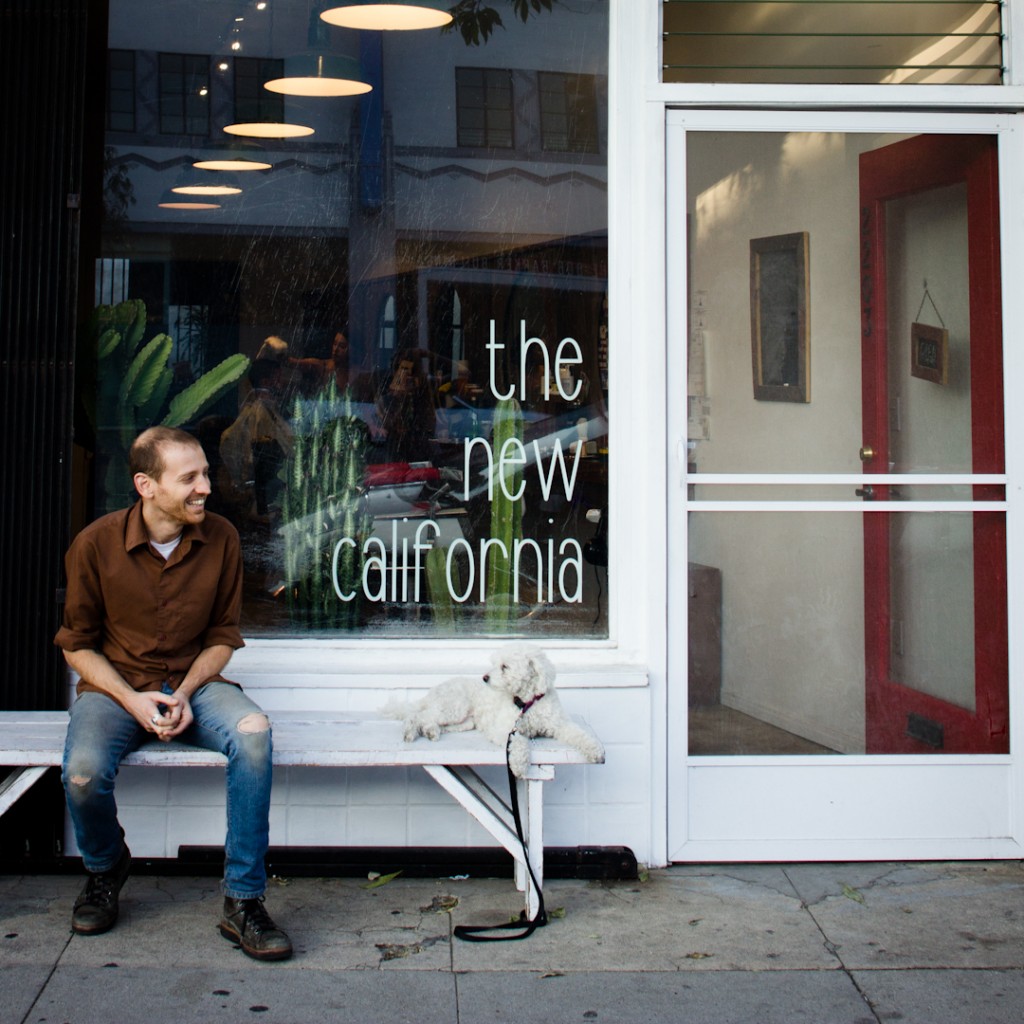 “I didn’t want to make a living from playing music,” says Girgus. Over beers at Taix he admitted that he’d seen what happened when music became a day job. He wanted to do whatever he could to avoid that. He told The New York Times culture blog, “I realized I should cut hair. I always did it anyways for girlfriends, myself or other friends.”

While participating in the seminal San Francisco indie/noise scene in the late-90s/early-00s, Brian worked at a worker-owned coop grocery store. He’d cut hair as a favor, a trade, or for cash, too. Eventually he attended barbershop school. True story, he paid his tuition upfront after finding $6,000 in coat pocket of a thrift store jacket. He cut his tonsorial teeth in the Fillmore district, eventually getting his own chair three days a week. Between these two ventures Girgus made enough money to play music and tour regularly for years. And when he felt like changing scenery, he moved to Brooklyn in 2010 to work at The Blind Barber (the same velvet-rope, farm-to-glass cocktail experience as Culver City).

In Girgus’ world, art and commerce are separate entities. I imagine them like a barber and a customer. They relate to each other, even exist in the same space, each offering the other something, but are never themselves the same thing. Between SF and Brookyln, in a little over a decade, Girgus performed and/or recorded with 21 bands, including drums on a 2009-2010 Wooden Ships tour. He was also able to save up a considerable amount of money, too. When The Blind Barber in Manhattan asked him to run the Culver City location, he declined. Instead, with additional help, he decided to open a barbershop that could double as a creative forum. 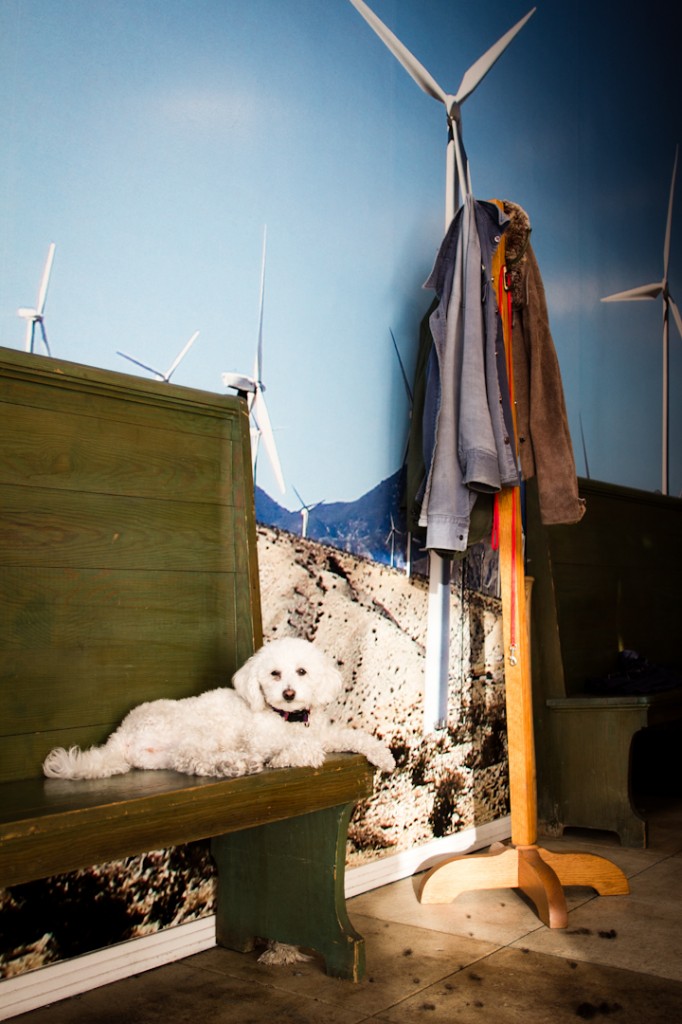 The New California Barbershop’s minimal chic, mid century modern space has four chairs with two working barbers—Brian and longtime friend Lizzy. When you walk in, the Meat Puppets, Bill Callahan or the Silver Jews are likely to be spinning on vinyl. The record player’s balanced on a speaker on the floor. The nylon-stringed acoustic guitar rests against a wall. Handpicked vintage-wear hangs on garment racks. Shelly the miniature poodle might knock over a wobbly two-year old, her parents laughing endearingly. The narrow space feels expansive thanks to an oversize mural—a clear blue sky behind those white wind turbines you pass on the way to Palm Springs.

Brian is comfortable with the agenda of business. It too wants to sustain itself, much like the artist. “People are always going to need a simple haircut,” he says. Nashville’s best haircut at Scout’s Barbershop will make your day.

It’s surprising how many Echo Park creatives have yet to hear of Brian’s barbershop. Echo/Echoplex booker Liz Garo introduced me to Brian after securing his space for my Echo Park Rising reading event. I’d been to the Hedgehog next door plenty of times, too. But I’d never noticed the unassuming wooden A-frame sign on the sidewalk. 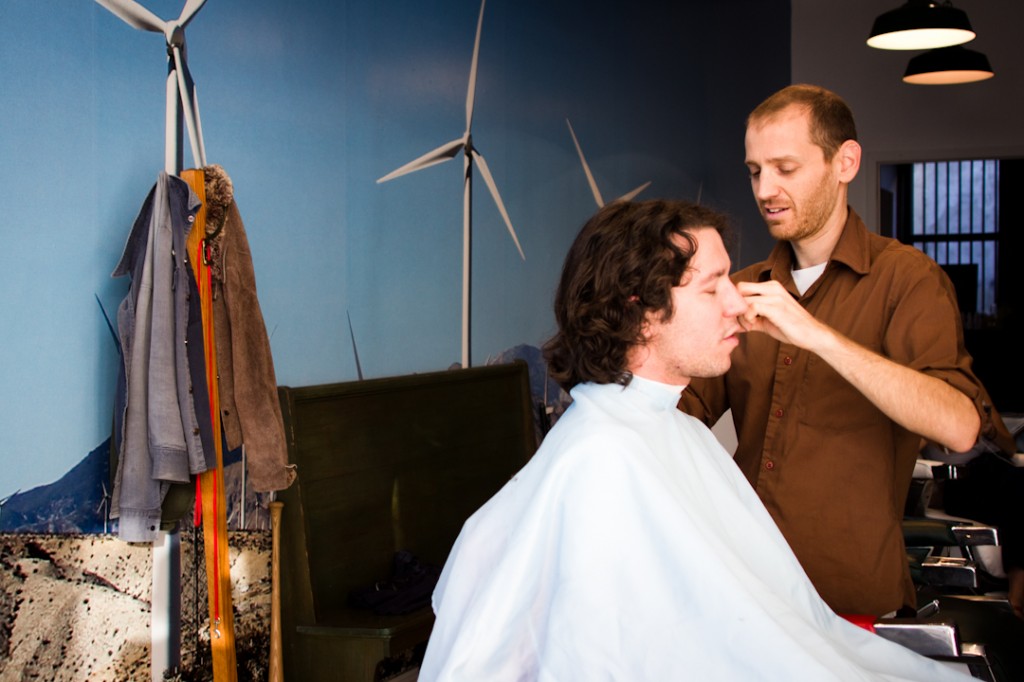 “We cut hair and shave beards,” said that A-frame sign last Sunday. There’s no hard sell at The New California Barbershop. But to say there’s just haircuts would undercut Brian’s creativity. Throughout our correspondence he had time to send me a couple new tracks he’s recorded. “They’re poppy,” he warned me. I’d describe them as sunny with a side of 80s sitcom montage. “It’s so nice you noticed / It’s so nice I noticed you too,” says “Do It Again” during a breathy verse. 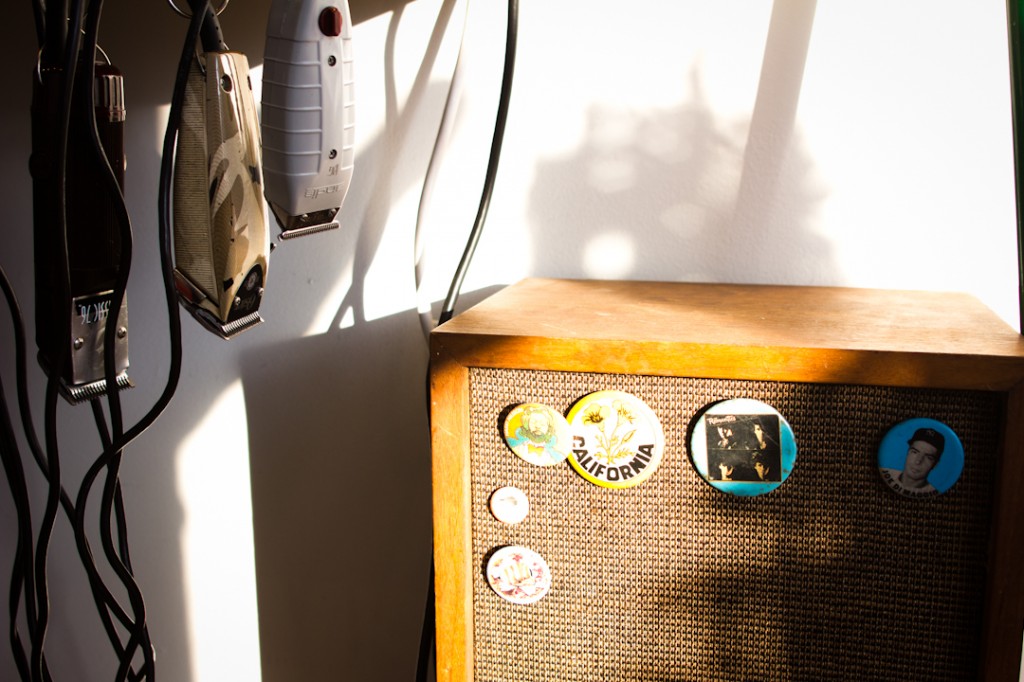 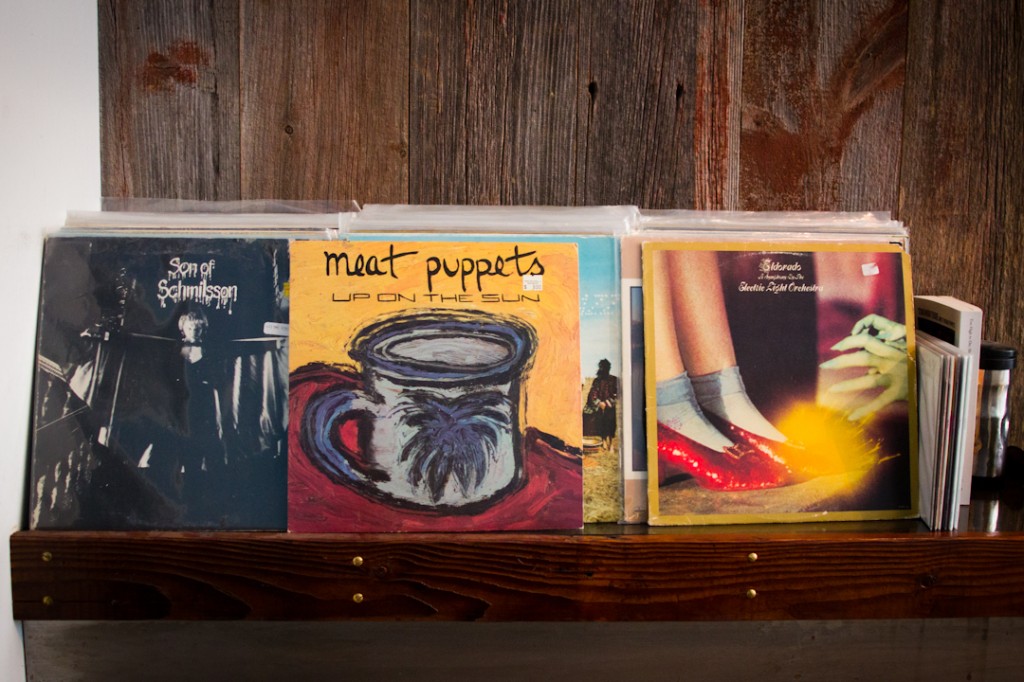 When it comes to advertising, Brian’s creative instincts take over. He’s got an obvious sense of design. Whether it’s the earthen-red vinyl on the barber chairs, the clutter-free counters and invisible pullout drawers, or the omission of that alarmingly blue Barbicide jar, everything feels carefully curated. Even the typography on his shop window feels thought out, thanks to its deliberately gauche kerning.

After our conversation, those wind turbines, an iconic highway landmark, gained new meaning. He says, “I know I can cut hair… but this shop is just a platform. Who knows where it’ll go?”Some may doubt his insistence on the soft sell, but have you ever watched Lou Barlow get his haircut?

The jokes might be lost to some, but if informative and humorous jabs at Zoe Deschanel, Dinosaur Jr. tours, Sebadoh’s excessive album tracks, and Barlow’s inability to see through his bangs sounds like your thing, then this video might be the most ingenious selling tool imaginable.“Filming, recording, we’re up for anything,” says Brian optimistically.

But The New California Barbershop proves more than wishful thinking. After 8 months of operation, they’re in the black. A good thing, since Brian’s well aware that making money and making art each require tremendous work. Though he’s proof that these two concepts can function independently. He doesn’t cut his own hair, so to speak. 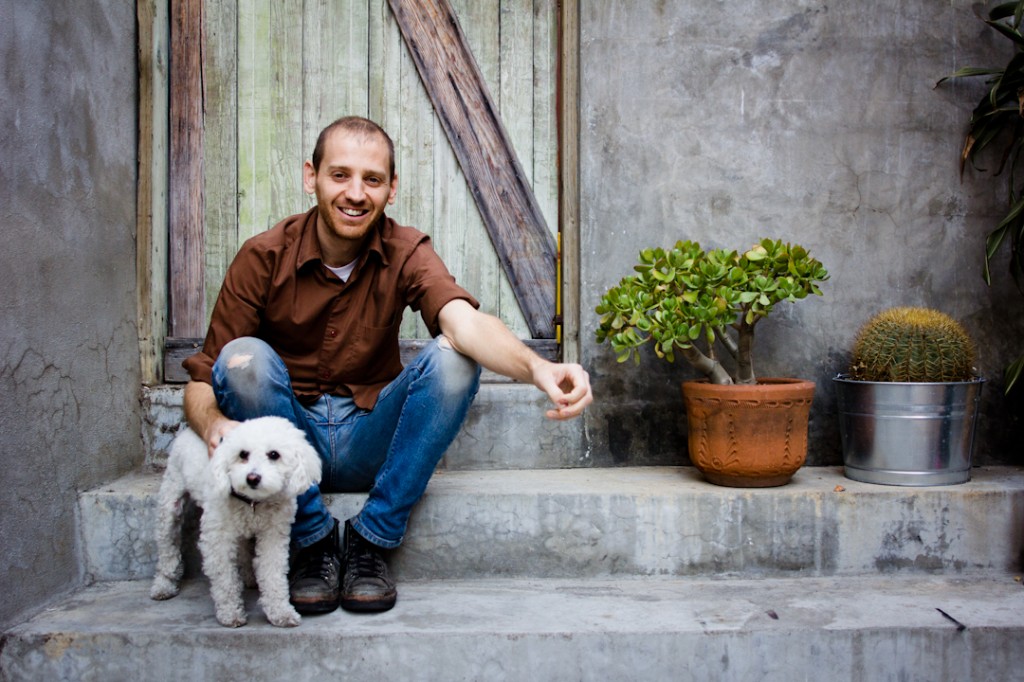 Written By
C2O Editor
More from C2O Editor
Life doesn’t always go as we planned, this is a fact we...
Read More